But, I’m getting ahead of myself because this situation was so stressful, that I think my husband Michael deserves a T-Shirt that says: “With Our 3/4 Ton Standard Transmission, 2500 Heavy Duty Chevy Silverado, I Successfully Hauled our 38ft, 10,000pd 5th Wheel Through Crazy Construction Reroutes in Downtown Montreal With a Failed Clutch!!“

But, why would us newbie RV’ers decide to weave our 5th wheel beast through downtown Montreal?

Thank you Google Maps for this crazy experience!! Now, maybe we weren’t downtown, downtown Montreal – but we were certainly in the middle of a busy city under construction!

Why were we departing from the Montreal Pierre Elliott Trudeau International Airport when we were in Gananoque, Ontario?

So, let me start at the beginning of the day!

With our new 5th wheel road ready, we packed up our one week stay in Gananoque to start our drive to Nova Scotia.  Click here to read about Gananoque!

Take note of the white car parked behind our 5th wheel.  That was the rental car we picked up 10 days earlier when we landed in Montreal, from Qatar!  From Montreal we made our way to Ontario… Click here to read the start of our Canadian repatriation adventure!

Therefore, two final logistics had to be dealt with before we began our drive to Nova Scotia:

Our original plan was this as we departed from Gananoque, Ontario:

What actually happened was this:

This was our first night in our new 5th wheel!  We had a blanket, pillows, a coffee maker, coffee, milk (I forgot sugar!) and breakfast! I’m still not sure if that RV park was in Ontario or Quebec!

The next morning the plan was this: 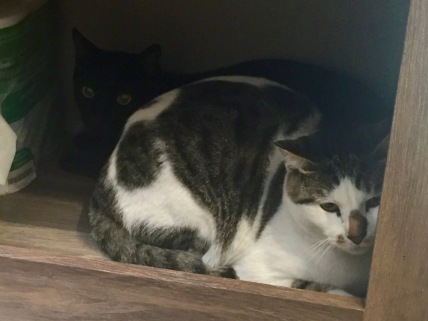 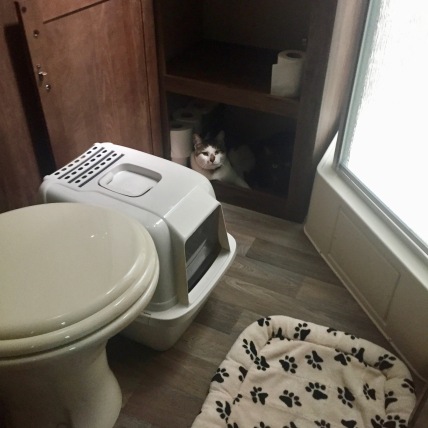 So, off we went…me driving the rental car – Michael hauling the 5th wheel trailer!

I arrived at the airport, returned the rental car then with the help of Google Maps was able to walk and find Michael outside the airport. I was feeling a bit manic and overtired at this point – and just looking forward to getting safely out of Montreal, on the highway and FINALLY on our way to Nova Scotia!

But, let me revisit the directions Google Maps gave us from the airport….

This route took us into a maze of construction reroutes and overpasses that freaked us both out!

The truck gave out from so much shifting of gears because of so many stop and starts, stop and starts, tight turns on narrow streets and traffic!  The smell of smoke suddenly filled the cabin and started billowing out from under the hood!  This happened on a busy and NARROW two lane overpass, where we were forced to pull over while 18 wheelers whizzed by us!

The clutch was failing and Michael had to have his right foot on the gas and the brake at the same so the truck wouldn’t stall as we pushed the truck forward to get us safely out of the insane traffic!

As I think back over this, it was amazing how calm we both were during this ordeal.

With Michael’s amazing driving of his right foot on both the gas and the brake while working the clutch, we made our way out of the city to a highway… where we decided to find the closest RV park to stay, so we could assess the truck.

We found an RV campsite so close to us that when I Googled RV sites near us on my iPhone, we actually had just passed it and had to turn around to find it!

When we rolled into Sainte-Madelaine RV Park, we entered an RV park in the small village of Sainte-Madeleine in southwestern Quebec, where everyone spoke French! However, we were welcomed with open arms and immediately embraced by this RV community as we rolled in, not only with a broken truck, but broken spirits because we were just so overwhelmed!

They helped move our 5th wheel to a nice location where we would be comfortable for our stay! Cyril, thank you SO much!  ❤

Our new RV neighbor, Leo – a long-term RV resident in the park who spoke pretty good English, helped us find a mechanic for our truck and started teaching Michael the language of RVing!

The RV park had a wonderful restaurant onsite, that everyone from the community frequented! It was here that I helped calm my stress with poutine right from the source!  Poutine in Quebec! 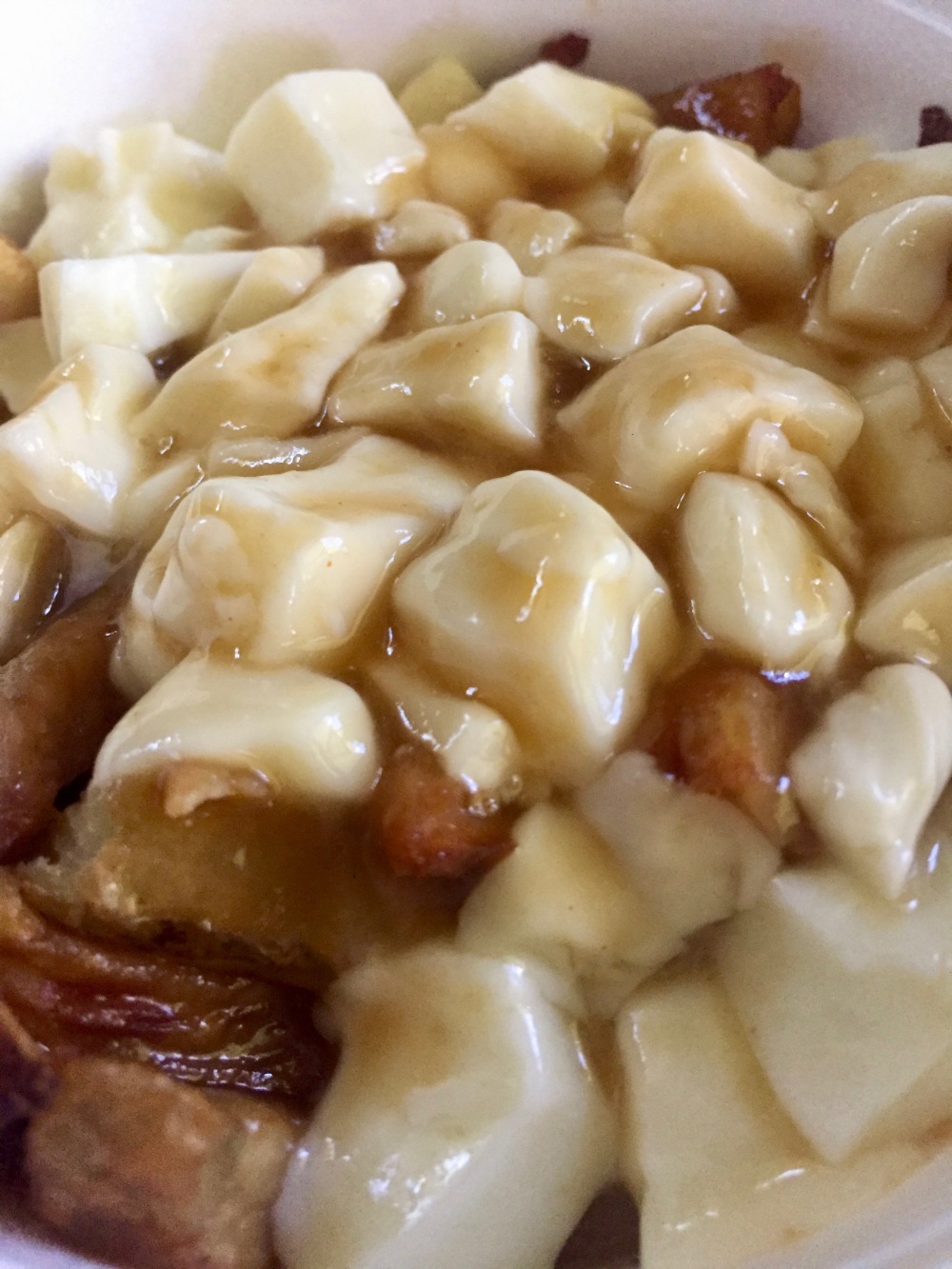 And so it began…our unexpected week in Quebec, a week in this wonderful RV community in Sainte-Madeleine!

And what happened to the truck?  What we thought was a worn-out clutch  – and a huge expense to fix – was nothin more than old and dirty, and overheated oil in the clutch master cylinder – that a $110.00 CAD oil change fixed!