Madaba is about 35km away from Amman. The drive is along the 5,000-year-old Kings Highway.

Madaba is known as the “City of Mosaics.”

This little church in Madaba, St. George Greek Orthodox Church, is home to the famous 6th century Mosaic Map of Jerusalem and the Holy Land. 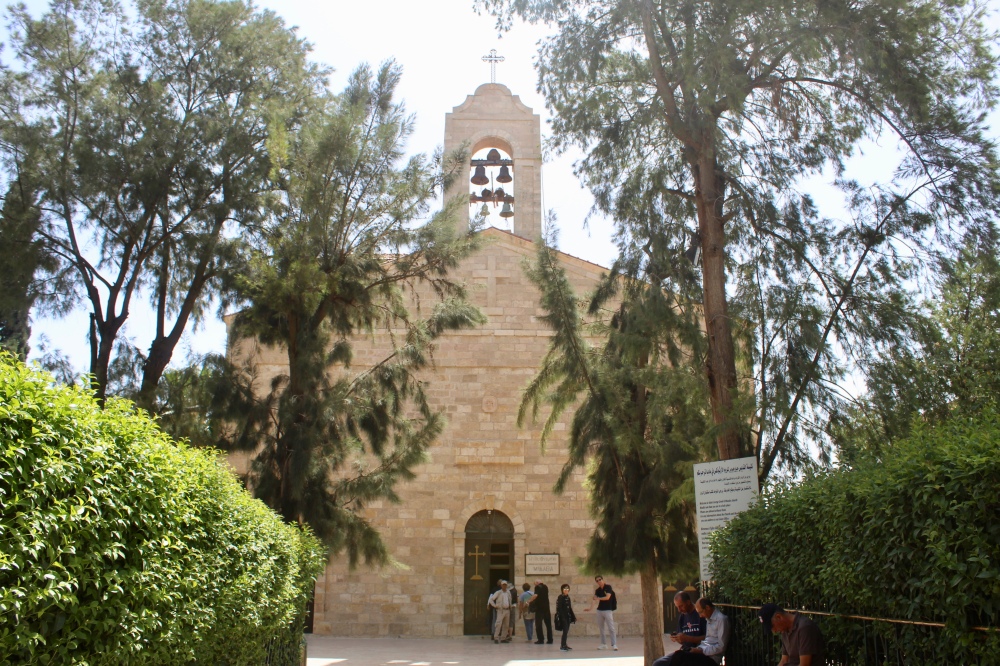 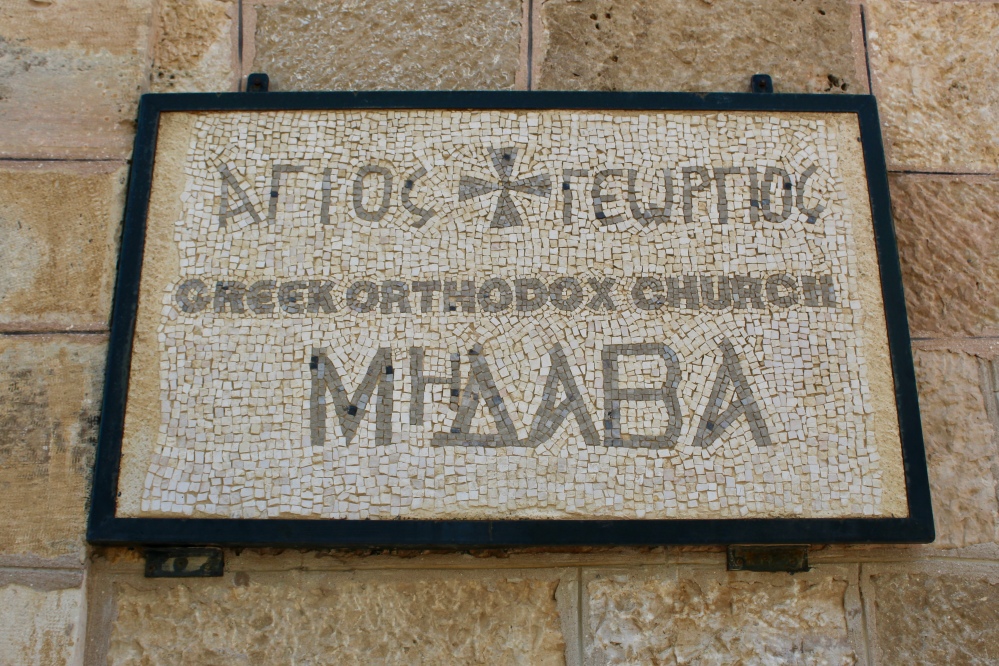 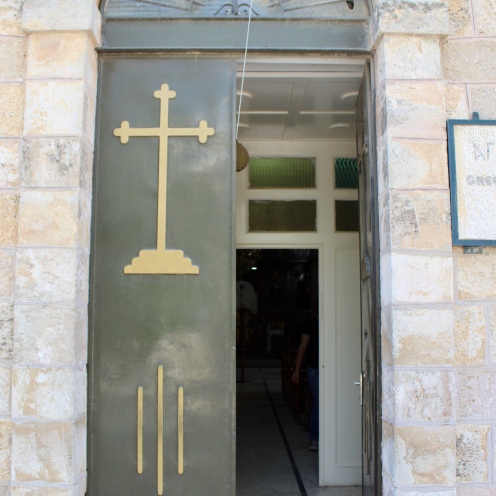 Map of the Mosaic Map!

The staff provided me with this robe as I had to cover my shoulders and wear something to cover my knees inside the church. 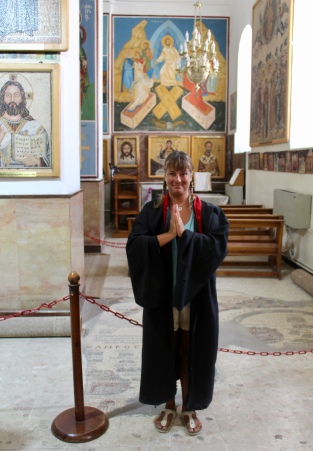 Only about a quarter of the map is preserved, and is located on the floor of the church. 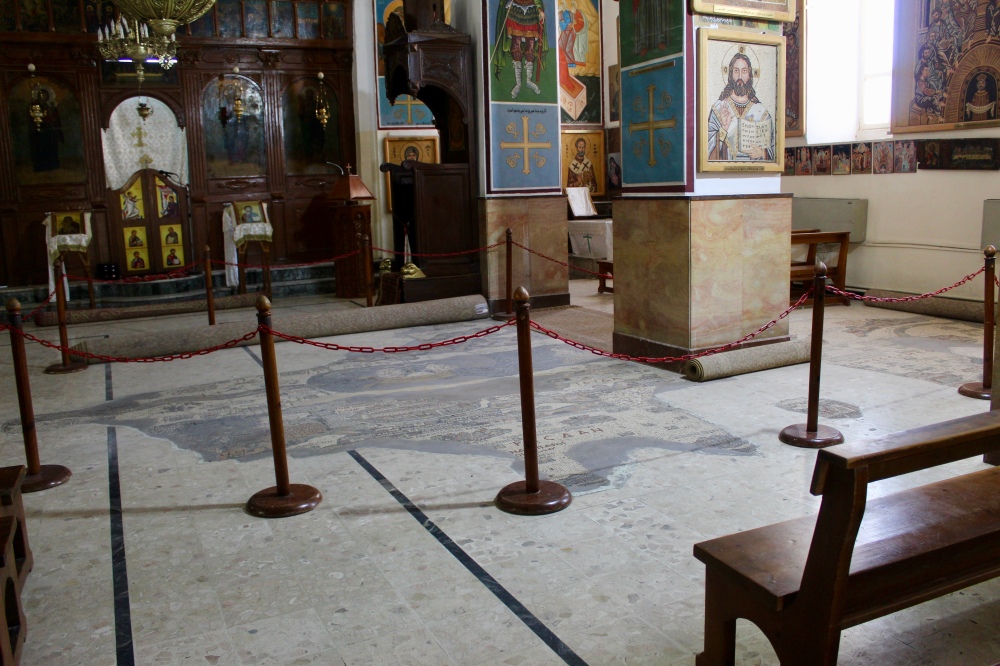 According to Wikipedia, “The Madaba Map is of the Middle East, and part of it contains the oldest surviving original cartographic depiction of the Holy Land and especially Jerusalem.” 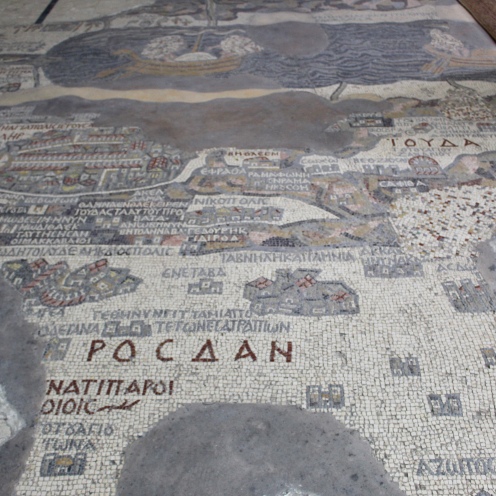 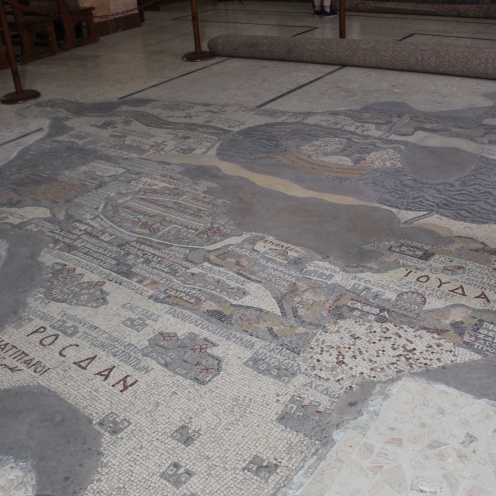 The interior of the church. 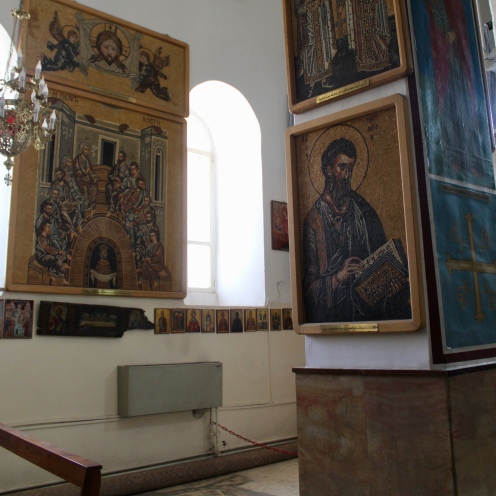 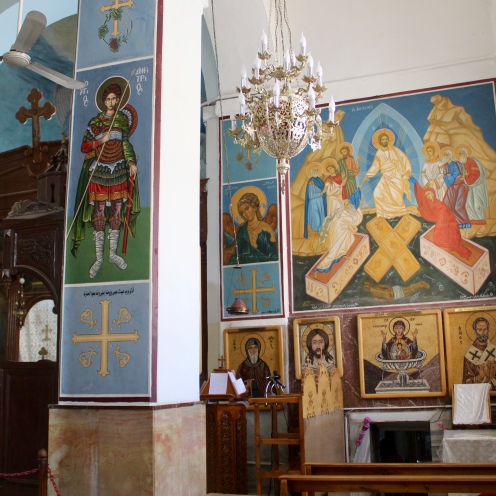 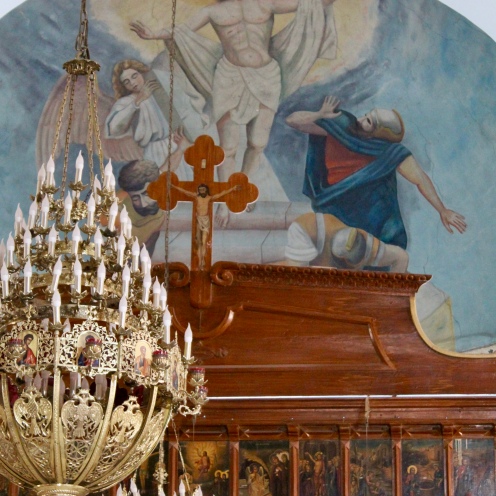 Close up of the mosaics hanging on the walls throughout the church. 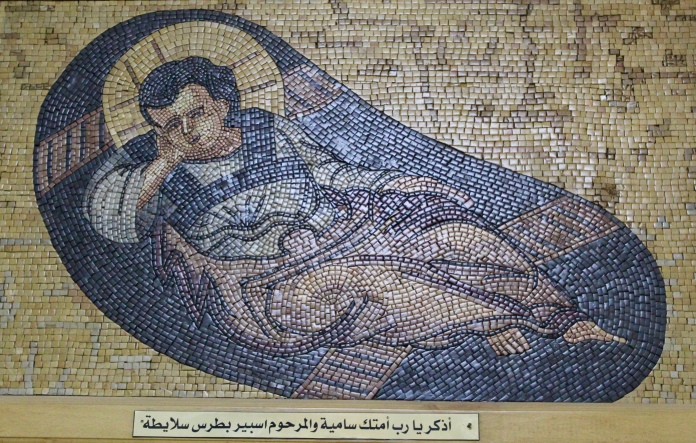 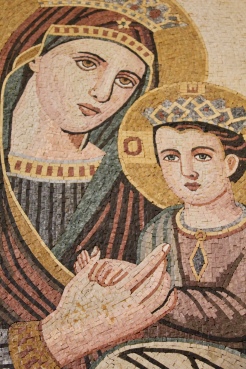 Looking at the arch and its mosaics. 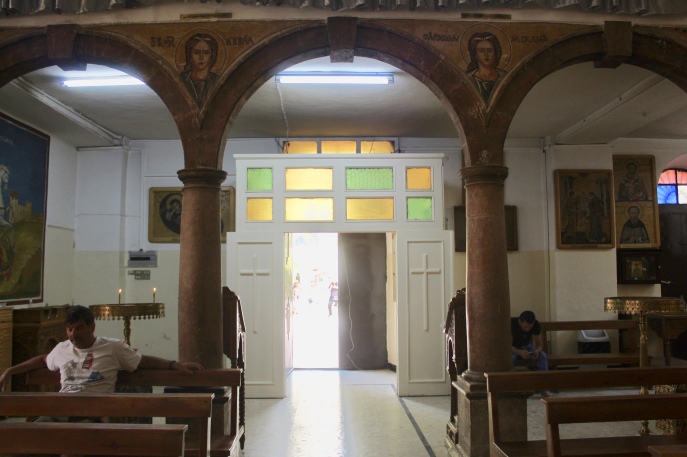 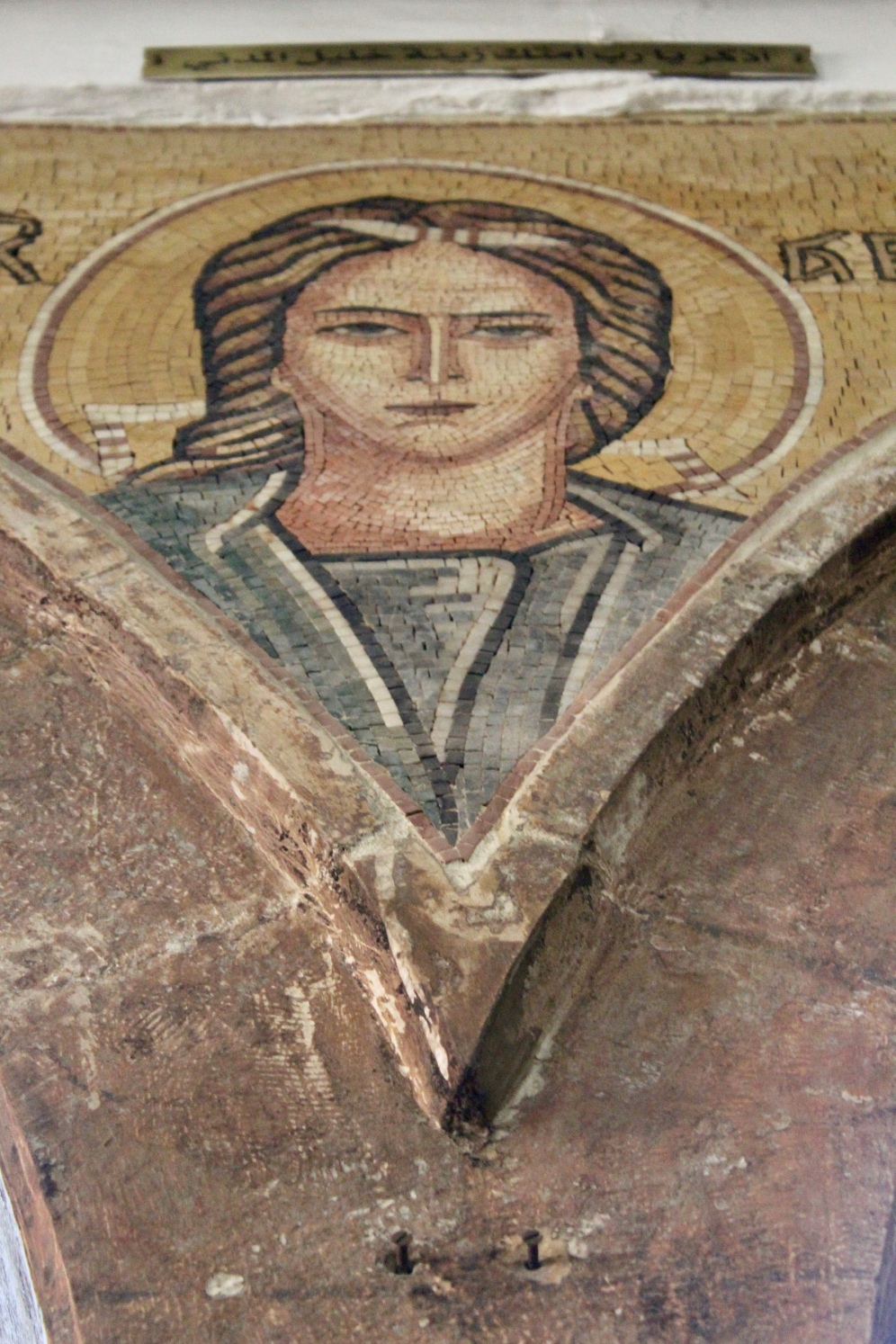 Religious icons that were not mosaic. The framed pictures of Mary and Baby Jesus that have necklaces, pieces of papers and pictures are left by people asking Mary to heal those who either owned the jewelry, are in the photos or who the letters are about. 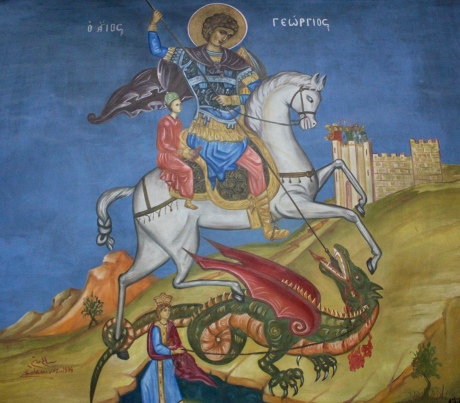 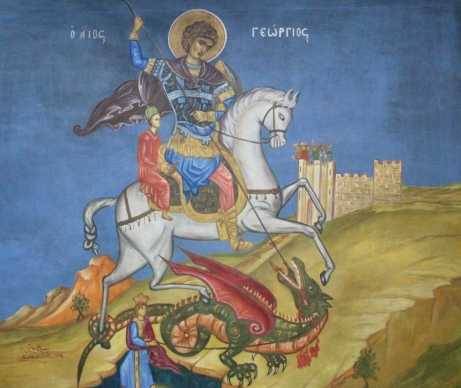 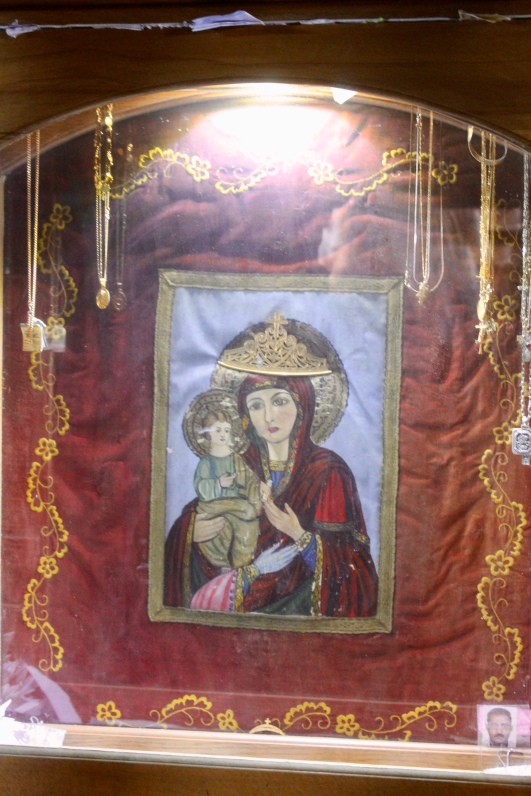 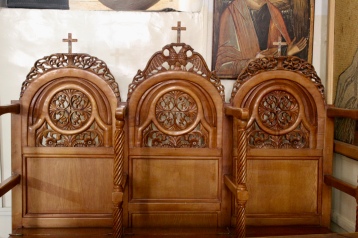 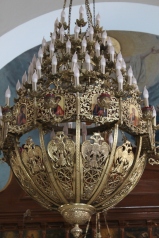 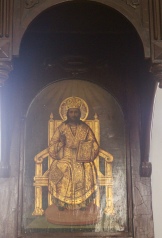 The church is modest, but is home to a significant religious and historical cartography find. This was interesting, but Michael and I are not religious or cartographers so we weren’t as moved as perhaps those on pilgrimages of the Holy Land would have been.

After the tour, pictures on the way back to the car! 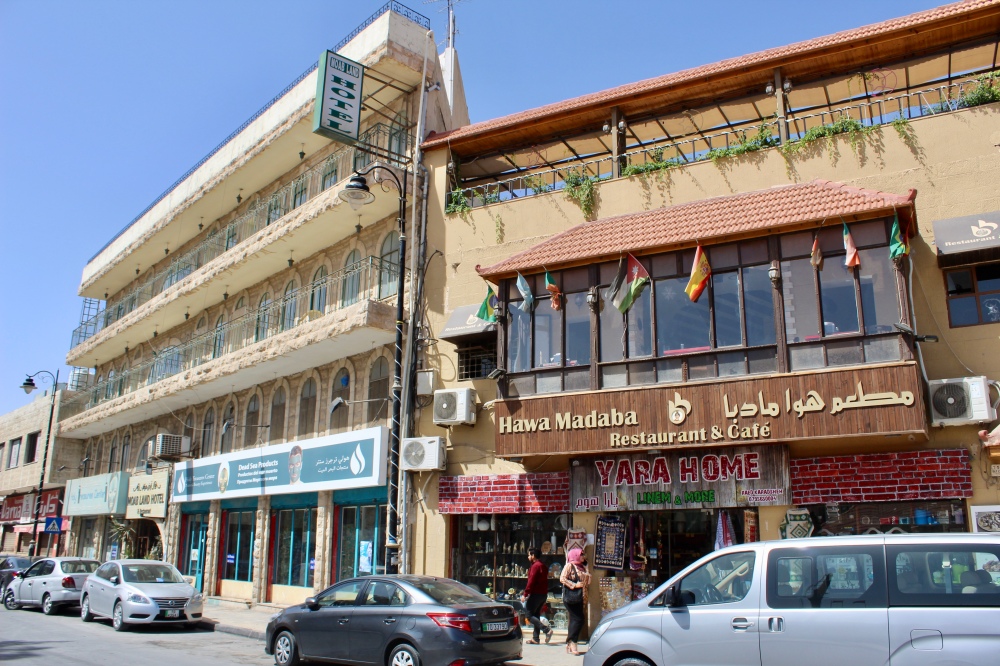 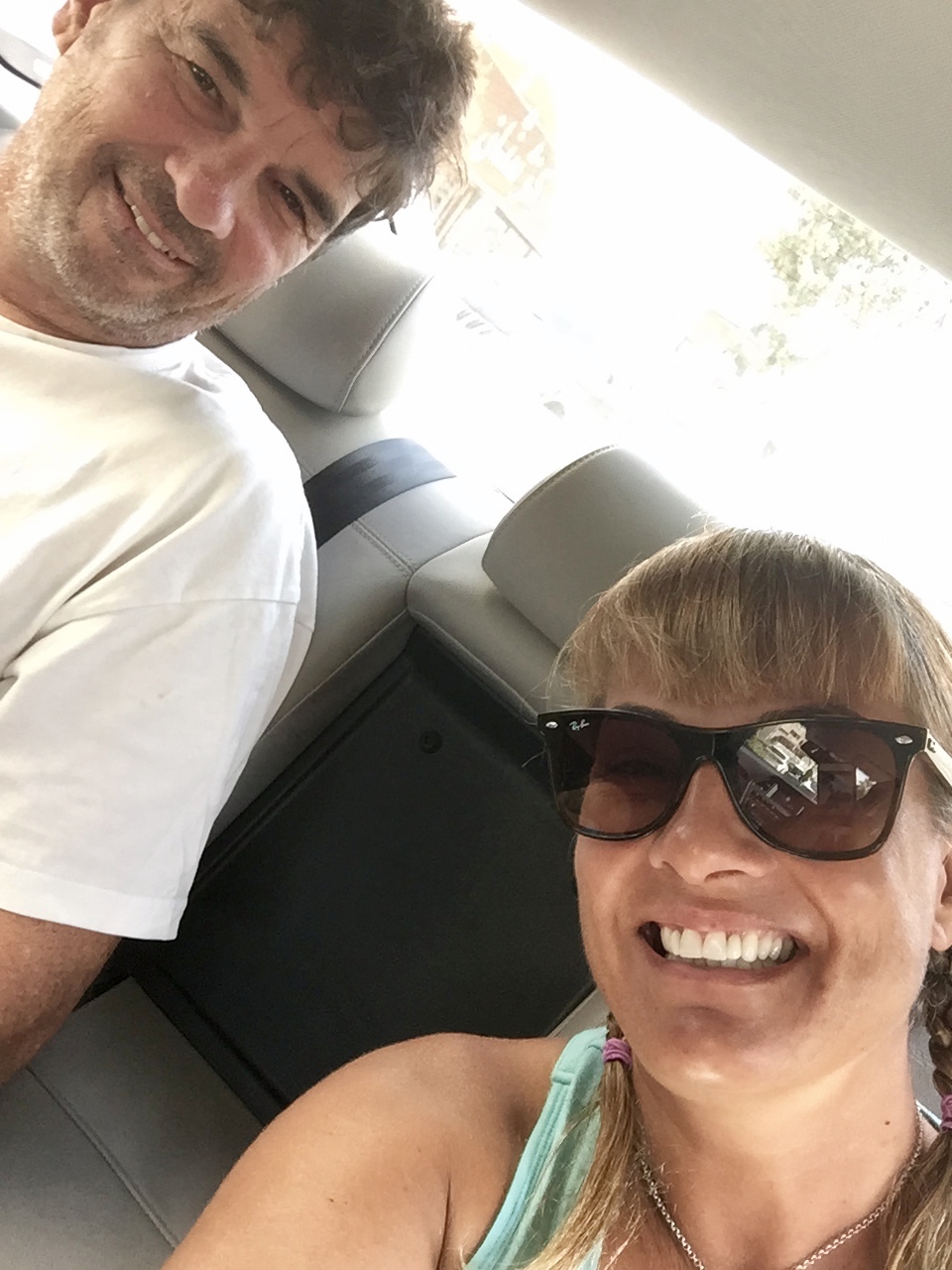