As Michael and I arrived at our usual breakfast spot, PDDP People’s Restaurant, there was something afoot as the balcony above the restaurant was busy with people and decorated with fresh flower garlands.

As we finished our breakfast, we noticed a gathering of men in the parking lot.  But this gathering was not typical. In the state of Kerala, men have the option besides pants to wear a long cloth tucked around the waist called a mundu. This day, however, these men gathered in the parking lot wearing mundus were shirtless and carrying instruments!

This event was certainly not that!

This inauguration was a tradition when opening a new store! My North American mind usually calls this event a “Grand Opening!”

Suddenly, the group of men created a formation and started to play!

People started to gather and formed a line, preparing for something. One man was holding a bouquet of flowers.

Musicians playing, as if an important moment is about to happen….

Suddenly, a brown Mercedes pulls up, and a military officer with a machine gun gets out and stands by the car. An elderly man is helped out of the expensive vehicle and greeted by the man holding the flowers….

Michael and I were invited to join the procession who followed the important man up the steps to the second floor balcony decorated with fresh flower wreaths! 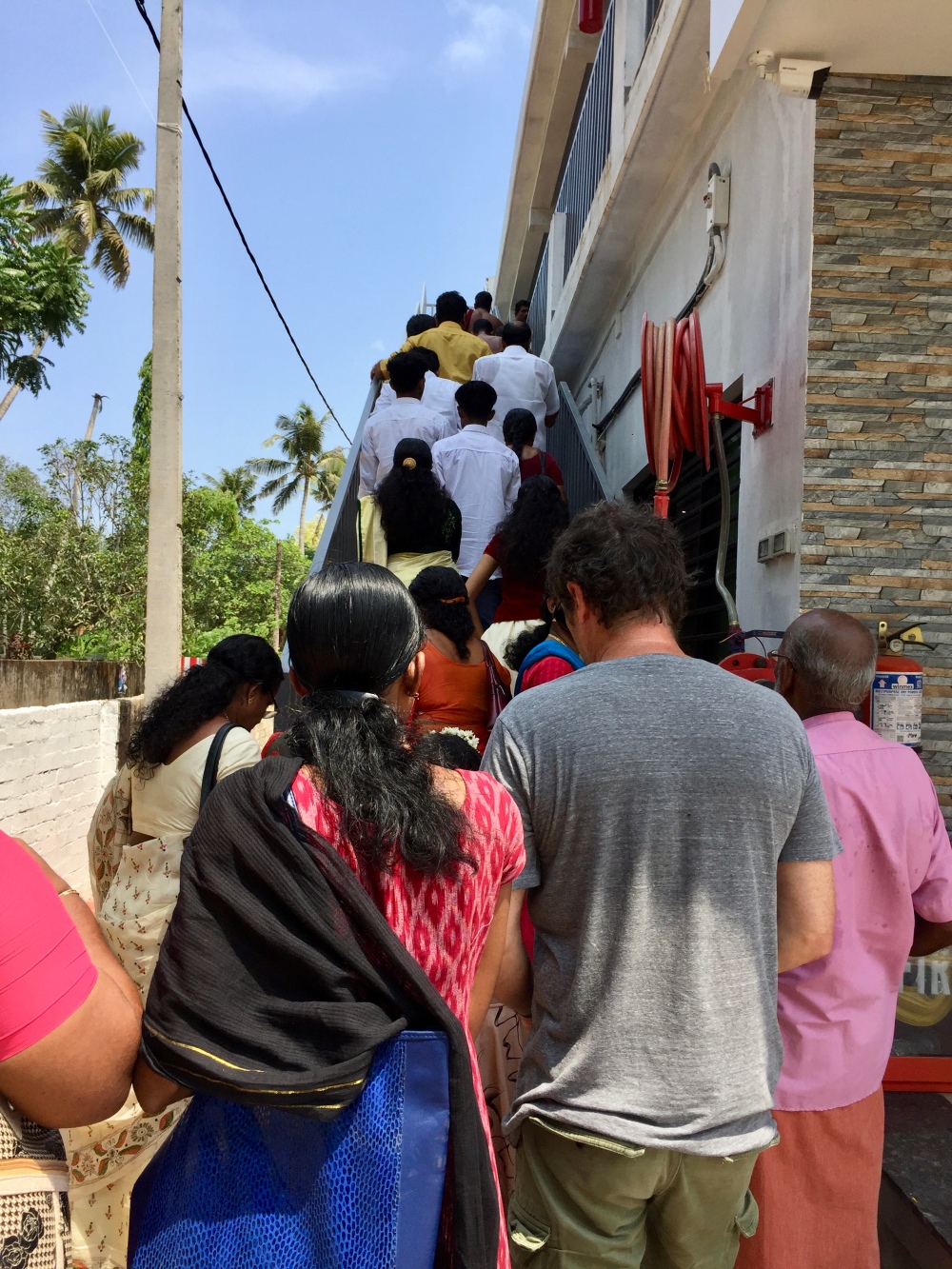 A lineup had formed to enter the small shop. 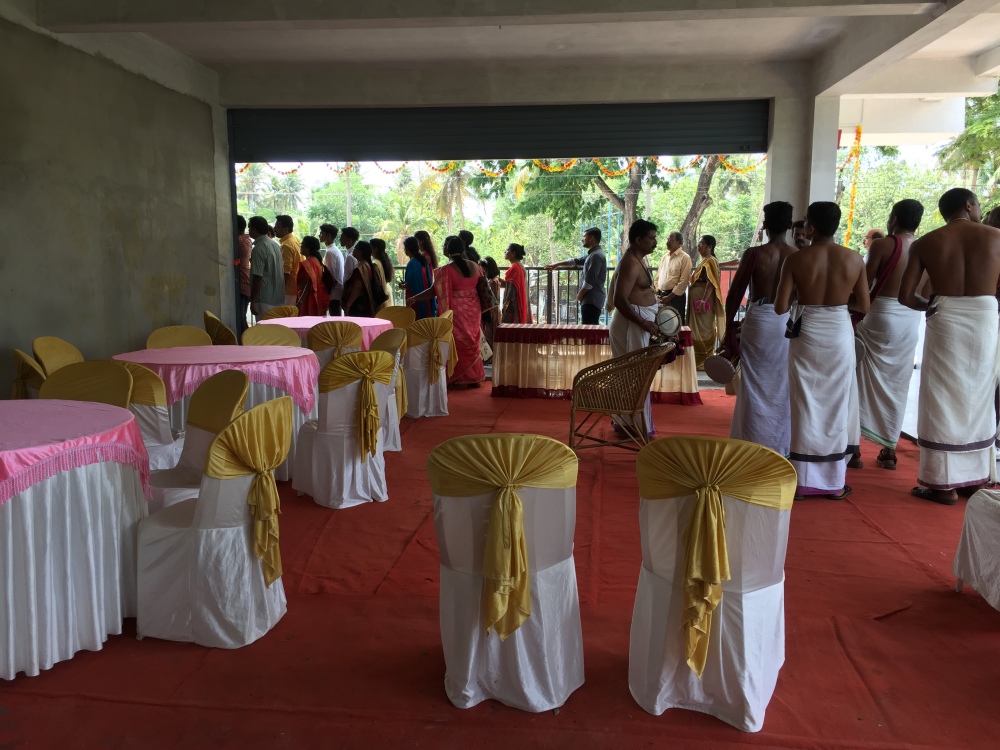 Close up of the beautiful flower wreaths hanging outside the shop!

The musicians finished playing and started to pack up…

The important elderly man, I discovered, is a local politician.  Here, he is being escorted back to his vehicle.

We weren’t able to make our way into the shop to witness the actual inauguration ceremony.  We wondered what the local politicians part was in the ceremony? Did he facilitate the inauguration, or be there as a representative of local community, political support?

It was nice to be invited to join along as well as witness a local tradition!