April 23rd was voting day in Kerala as part of the 2019 Indian general election. This country wide election is held in seven phases, from April 11th – May 19th. If I understand the process correctly, this is how the people choose their representatives – members of parliament (MP’s) in the Lok Sabha, also called House of the People. Locals Michael and I spoke to about the election expressed their hope that the majority of seats within the Lok Sabha are not with the Communist Party of India.

The Communist/Socialist Party is a majority party in India. It is interesting to note here, that it is a democratically elected Communist Party. Part of the pre-election campaign involves locals parading down the main road  holding flags representing their main party alongside tuk-tuks with loud speakers blaring loudly hoping to garner votes. The Communist Party parade had hundreds of people in it waving communist flags.

May 23rd is the day India decides what party is the majority party – and the elected MP’s will then elect the prime minister.  The current party is Bharthiya Janatha Party (BJP) – a Hindu nationalist party.

Our Arakal Heritage Homestay host Abi, proudly showed us his finger marked with ink to indicate he voted. This mark prevents people from trying to vote more than once. 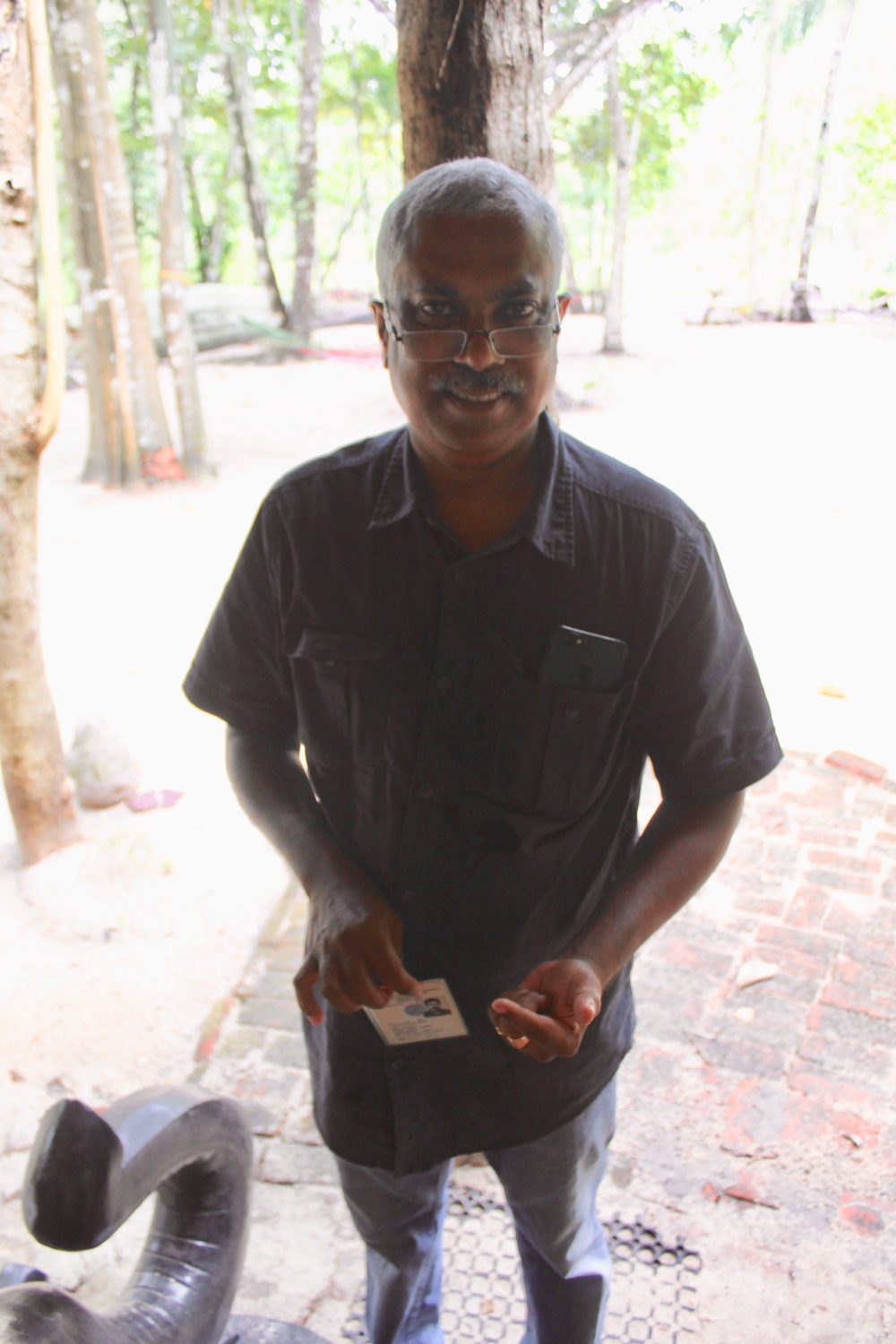 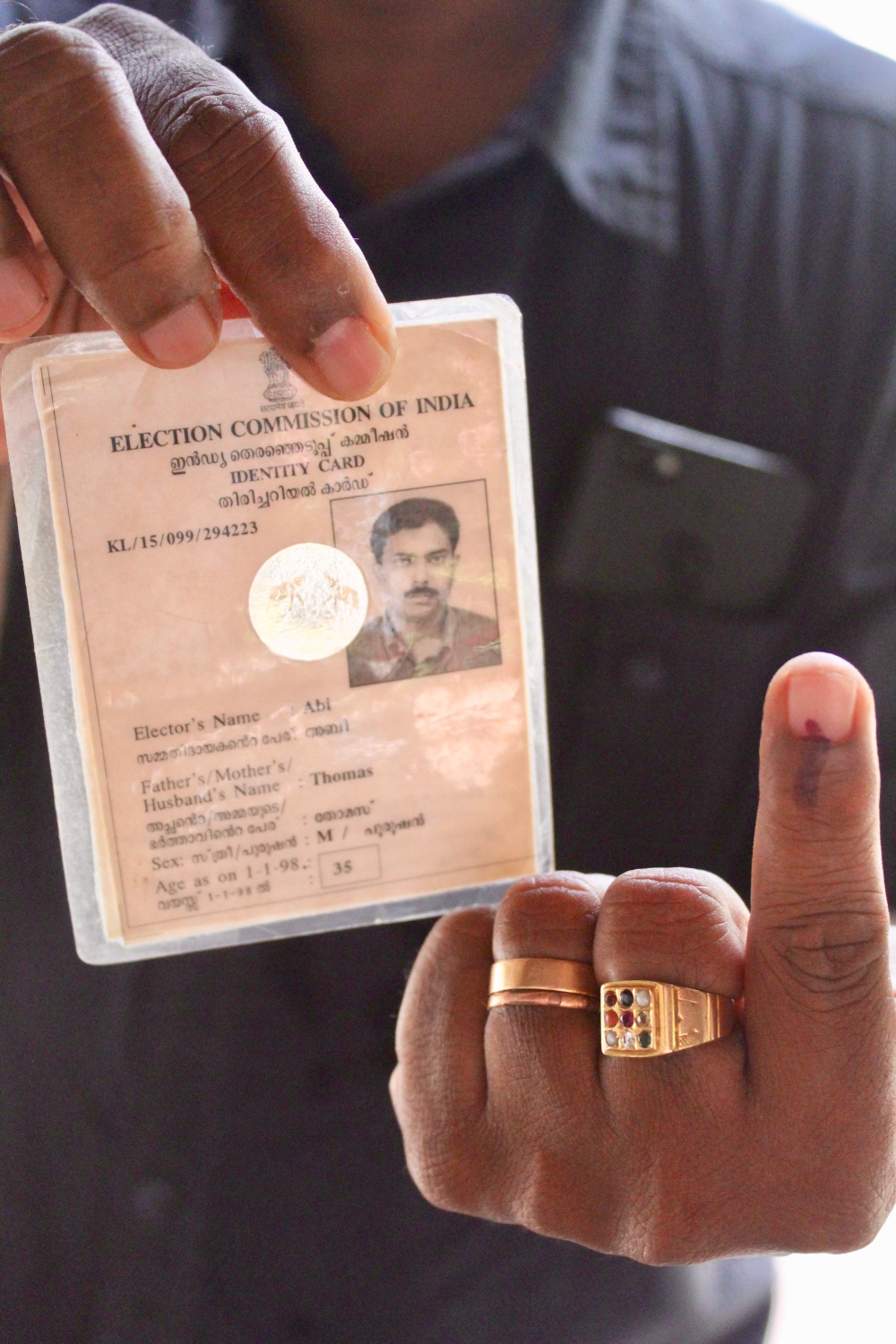 Davis said the line up to vote was over two hours long!!!

This blog won’t be about politics and the election. This blog is mainly about my discovery of the use of Election Ink , ink that lasts for several days, ink that prevents someone from voting more than once.

Over the next few days, when I noticed this ink mark on local’s index finger, I understood what it meant!