Part of the Carnoustie experience includes a boat tour of the backwaters of Punnamada Lake in the Alappuzha district.

Myself and four other Carnoustie guests were driven to the marina.  I was happy that Andrei and Alice Soukhinine , a wonderful couple from Moscow, were on the tour with me!

The captain greeting us as we boarded! 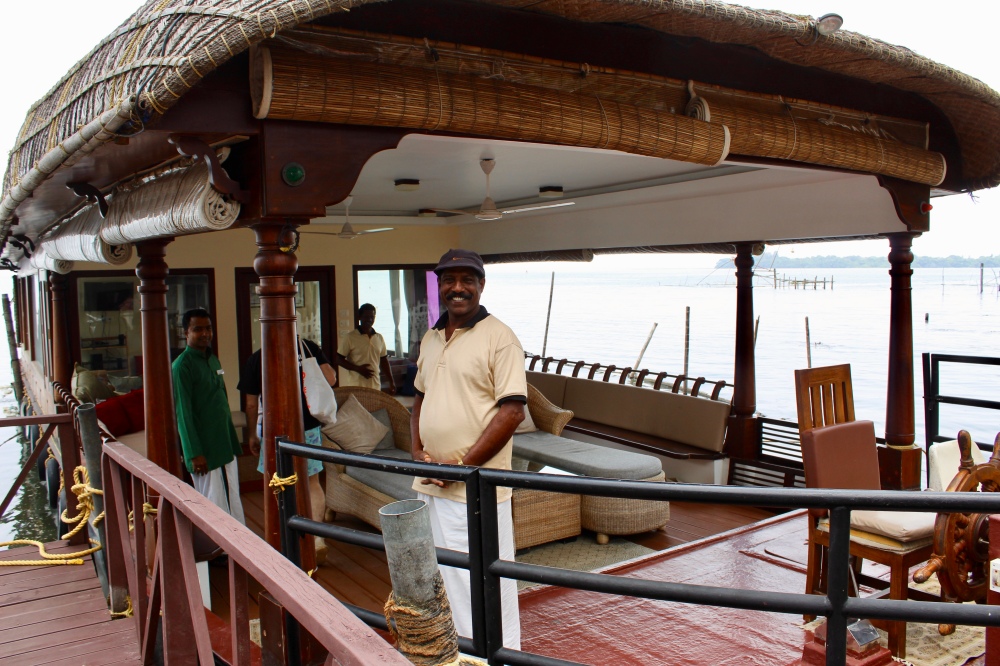 The captain taking us out onto the lake: 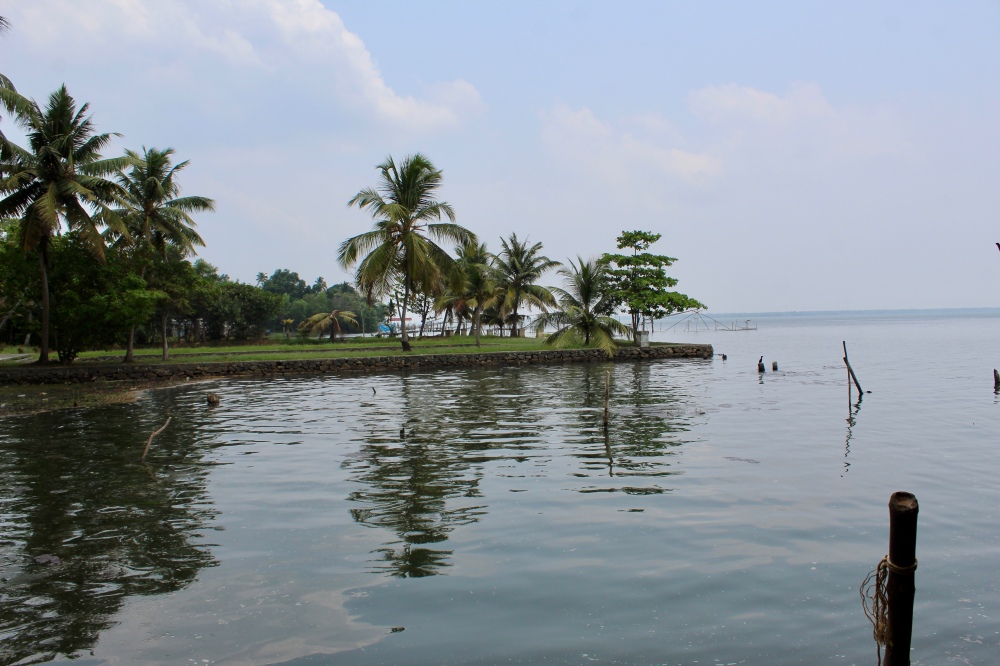 Looking back at the marina and the new hotel behind it as we headed out onto the lake:

Carnoustie – Alice and I

Pictures on the open lake as we made our way to the entrance to the backwater canal:

One of the many house boats we’d see

Leaving the dock – new hotel behind the marina

Heading towards the entrance

The captain now under an umbrella to protect him from the sun!

In the middle of the lake are shallow areas. Here we watched a team of fishermen work together to catch fish – not using a net or fishing rod.

The fish were caught by hand!

This explanation was from the captain.  Andrei and I  – well mostly Andrei – tried to figure out the captain’s very bad english to understand his story.  The above is our understanding of how the men were catching fish by hand!

Lunch was served before we entered the canal! 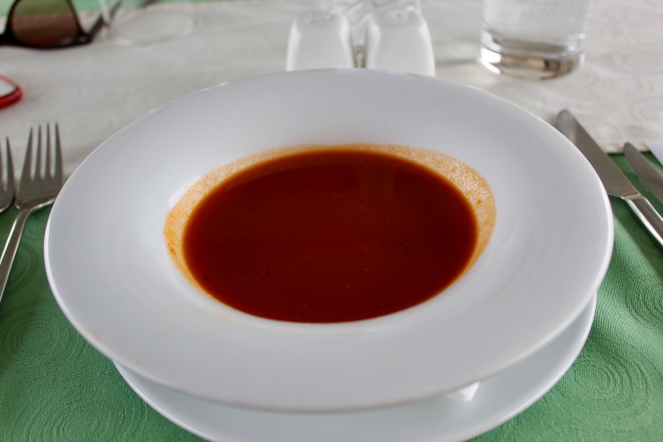 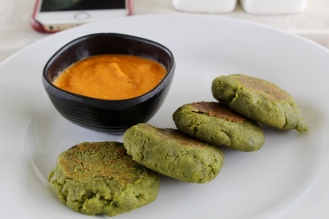 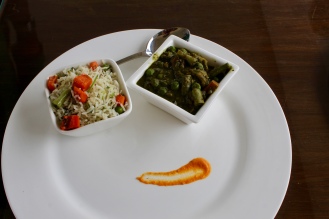 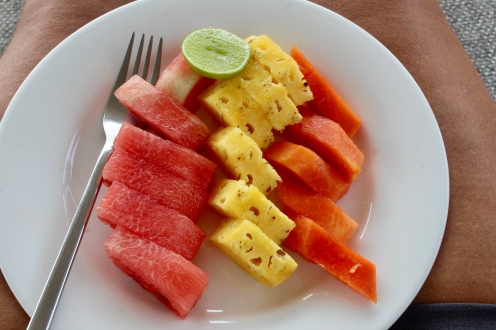 The entrance to the canal:

Pictures as we enter the canal: 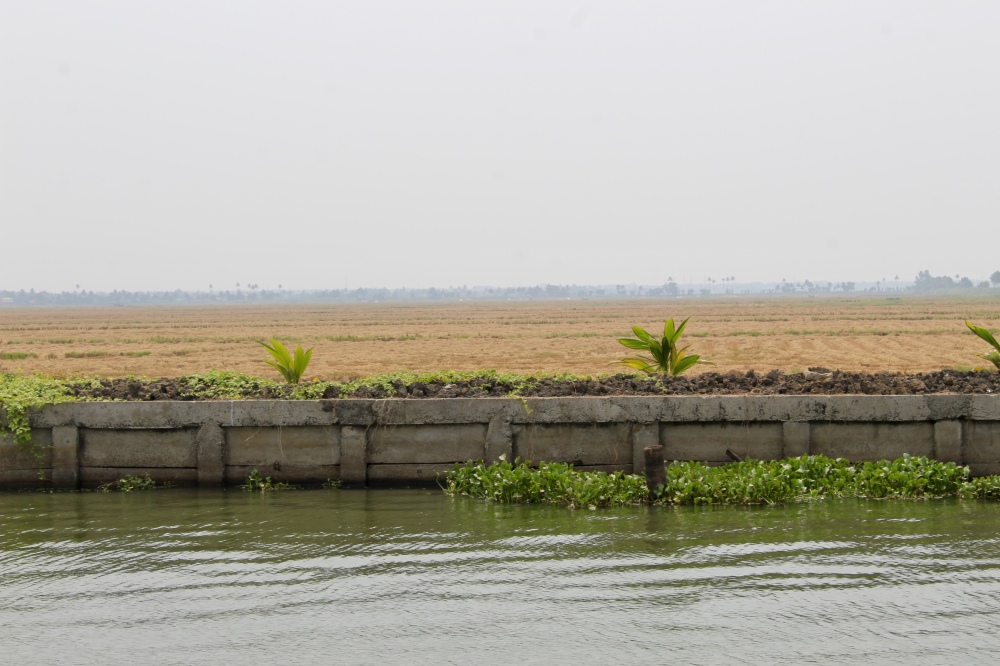 Rice field harvest trucks either being loaded or unloaded from a boat: 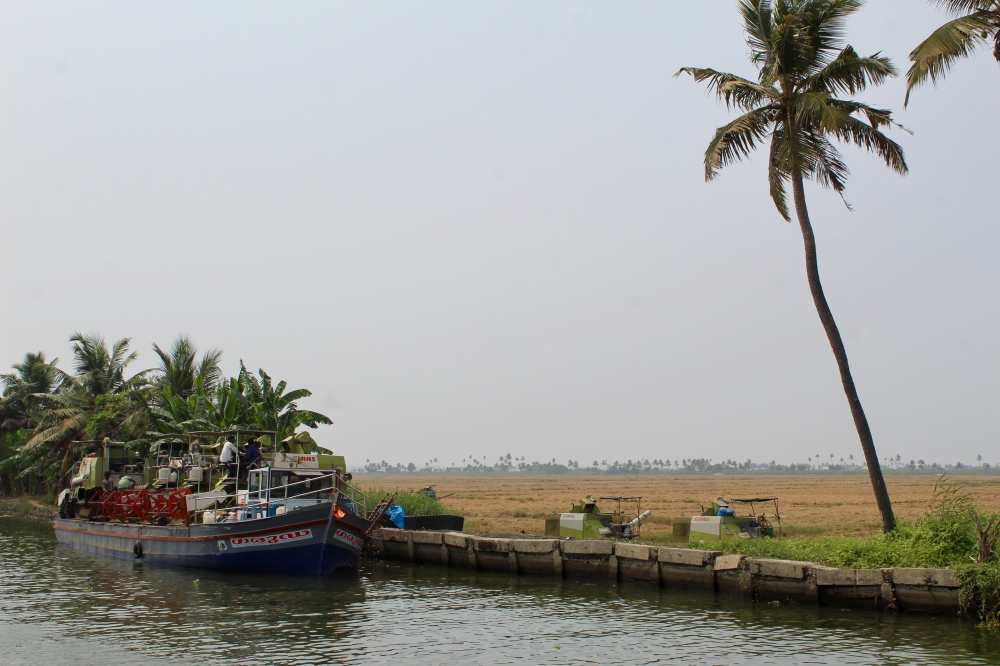 Once inside the canals, we entered the backwater community.

We saw many boaters! Some boats were taxis, others for rent and other boats privately owned! 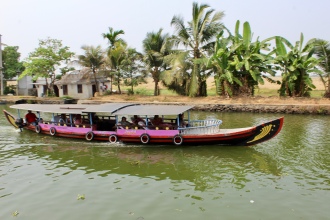 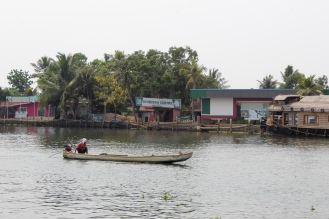 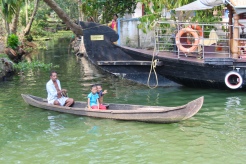 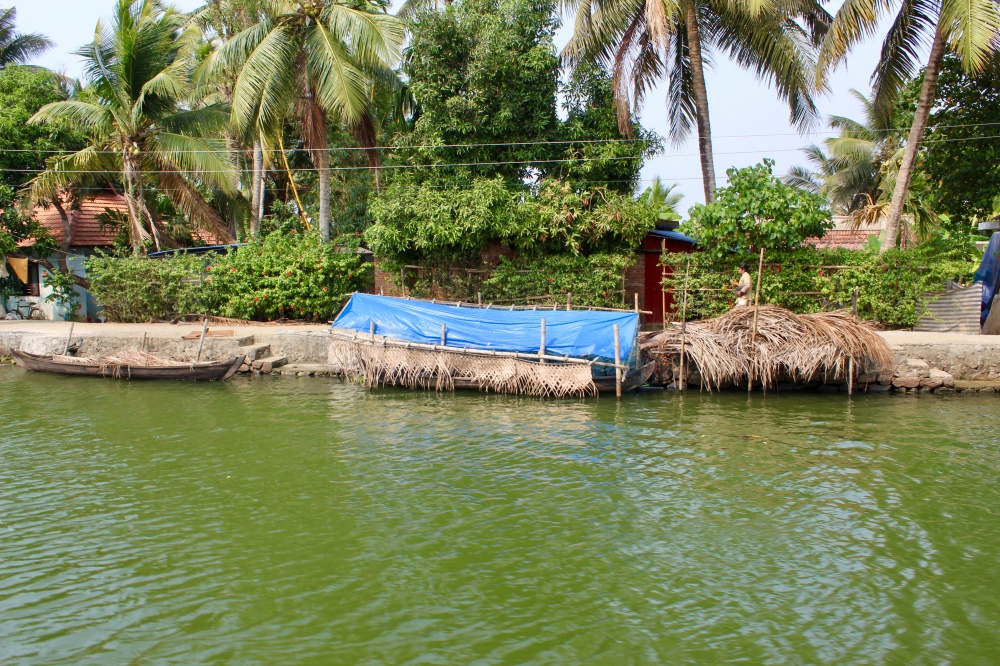 The river itself was also used to wash clothes, for personal wash and swimming! 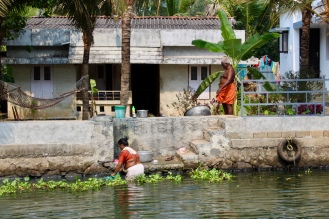 Houseboats along the way.  Some are actual homes. Others are rented out to tourists for overnight stays.

Homes and a Hindu Temple: 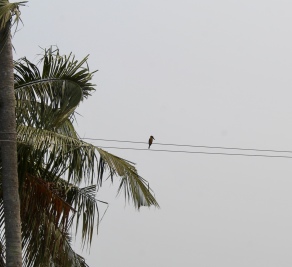 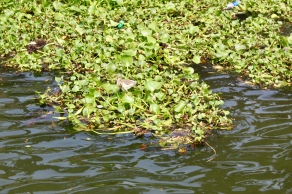 This is a stopping point along the way for those who want to get out and look around.  We didn’t stop as we were on a time schedule to return to Carnoustie!

We then started our way back, going back across the lake and then the Marina.

Returning back to the marina: 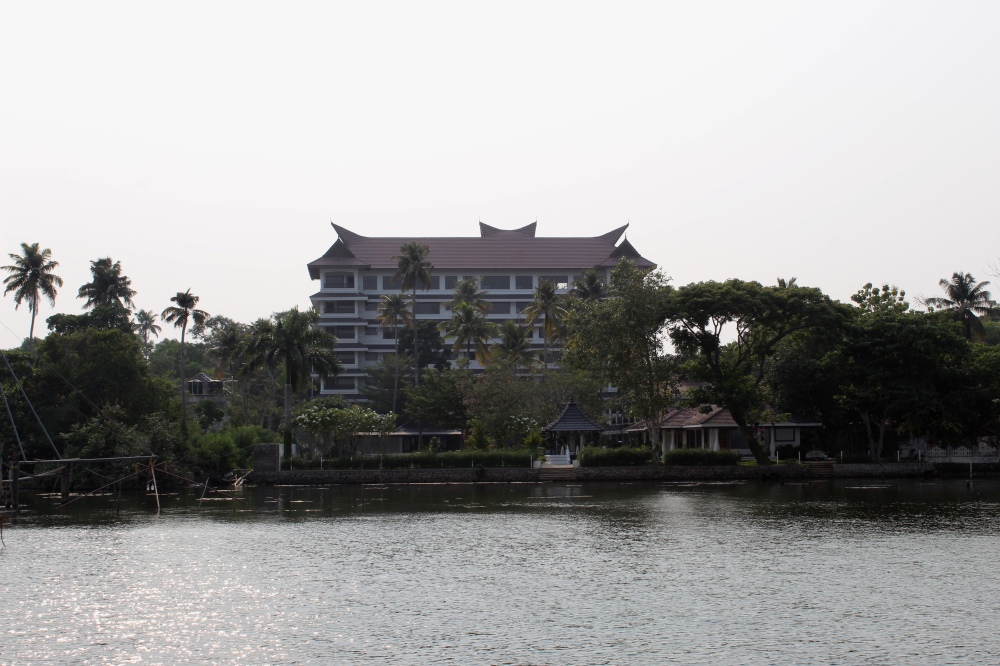 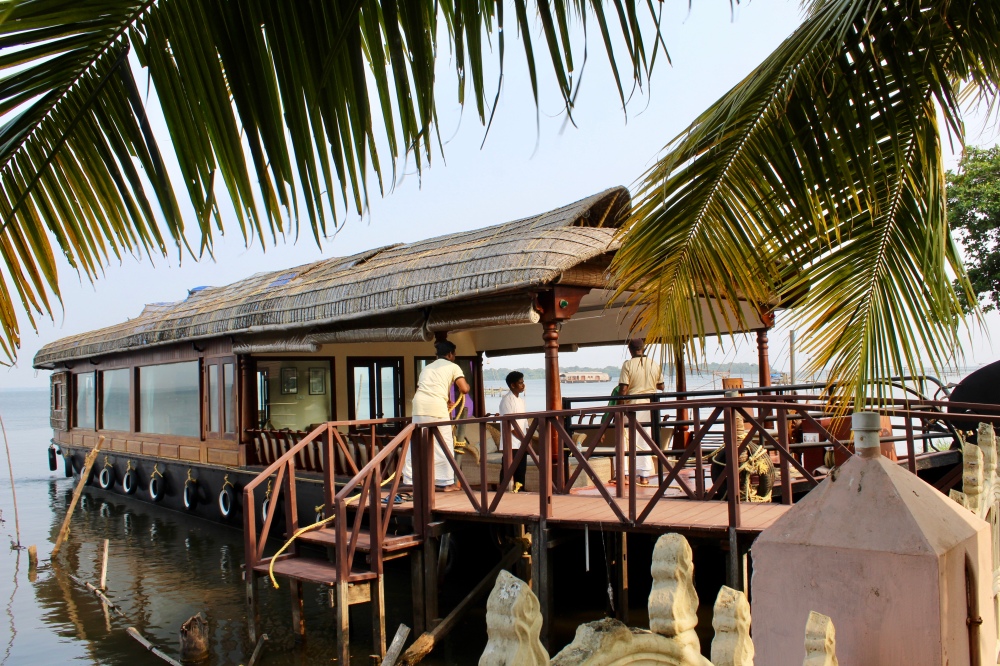 I had a truly wonderful experience!  Thank you Carnoustie!!