We came upon the Gare de Marseille-Saint-Charles, Marseille’s main railway and intercity bus station, after the Porte d’Aix.  Here, and back at the arch, we noticed what appeared to be an above average amount of young men hanging around.  Difficult to articulate…it was just the vibe, the shady energy that we noticed….and was confirmed when Michael was approached on the steps of the Gare de Marielle-Saint-Charles by a young man selling hash. Michael played along for fun and soon more drug dealers were exposed within the crowds of people.  While nothing dangerous happened, it explained why we saw so many groups of younger men just hanging around. We witnessed, more than once, drug dealings happening as we walked through the narrow streets of the city.   We both agreed that there was a certain vibe in the city that we didn’t like. 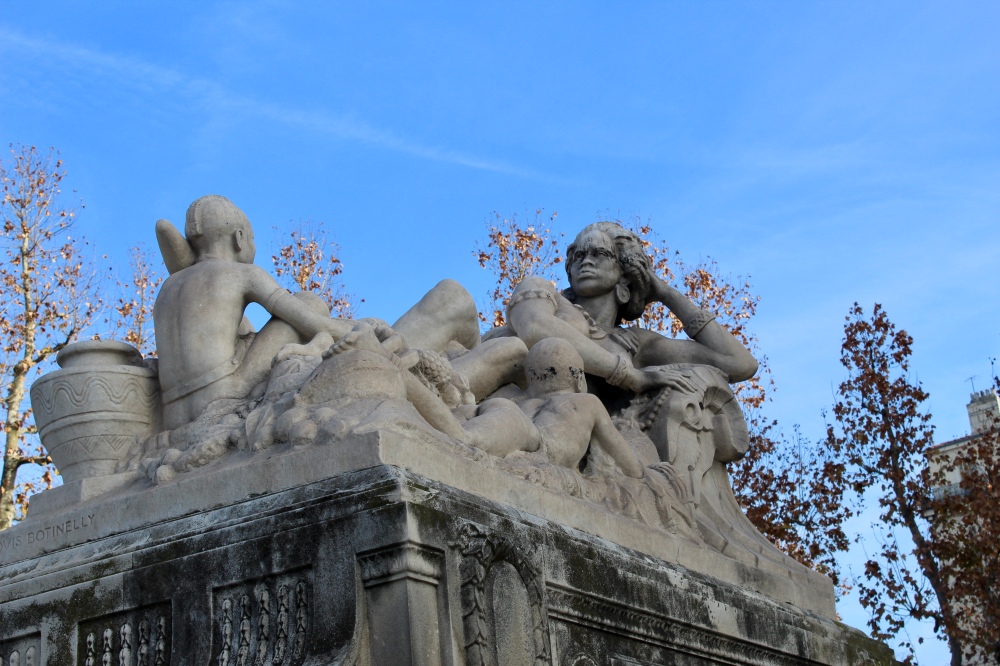 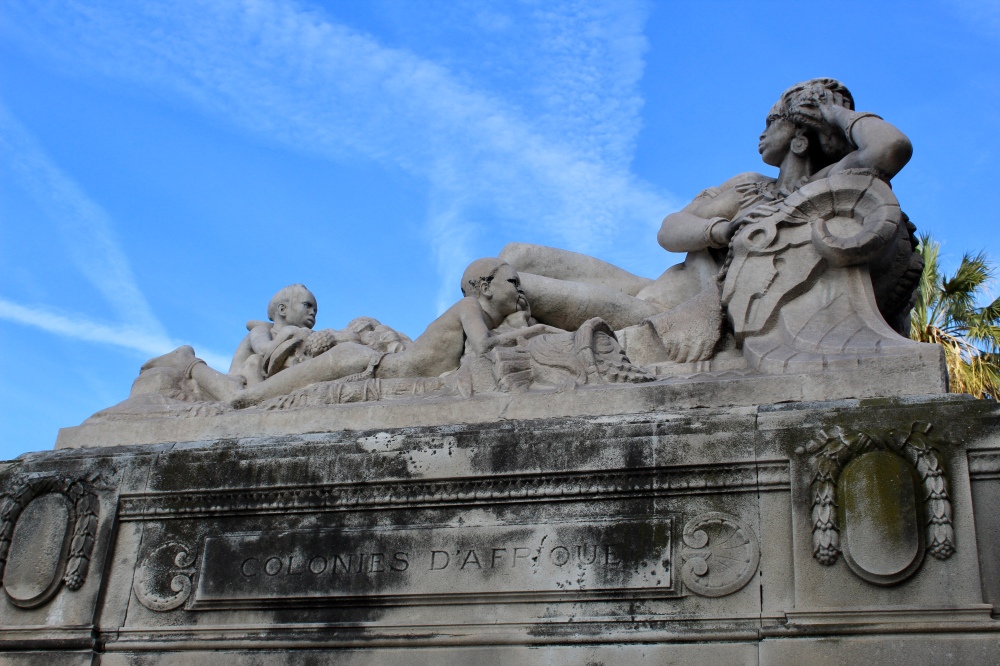 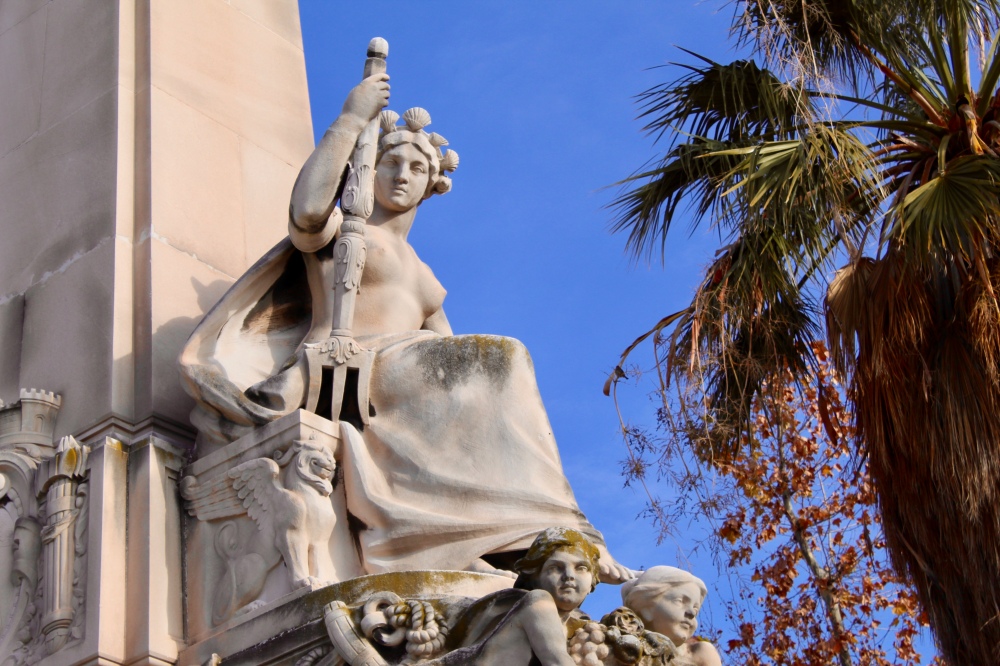 View from the top of the stairs of the city: 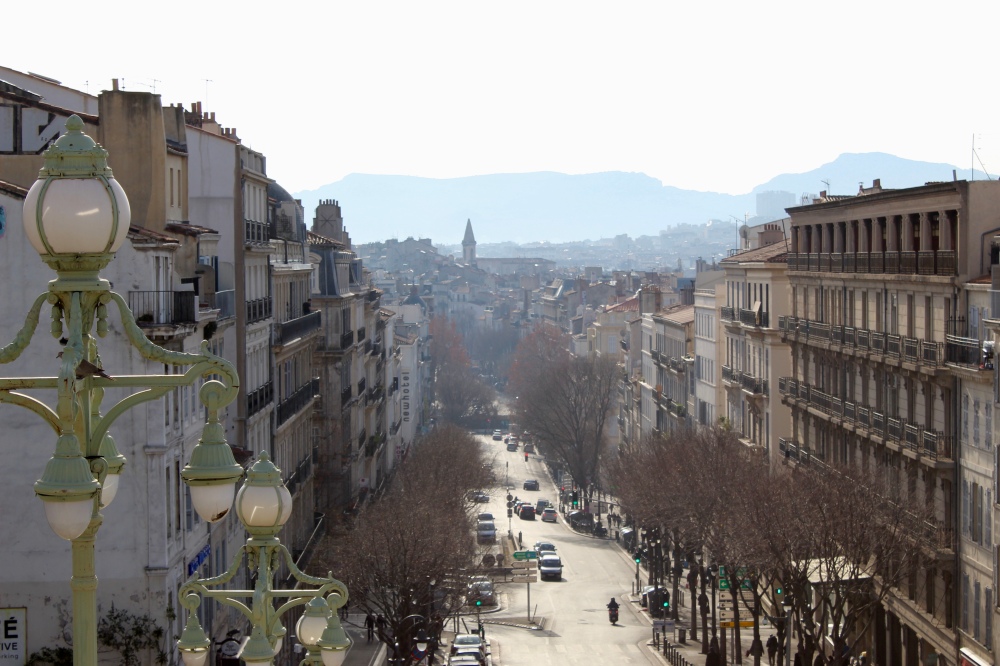 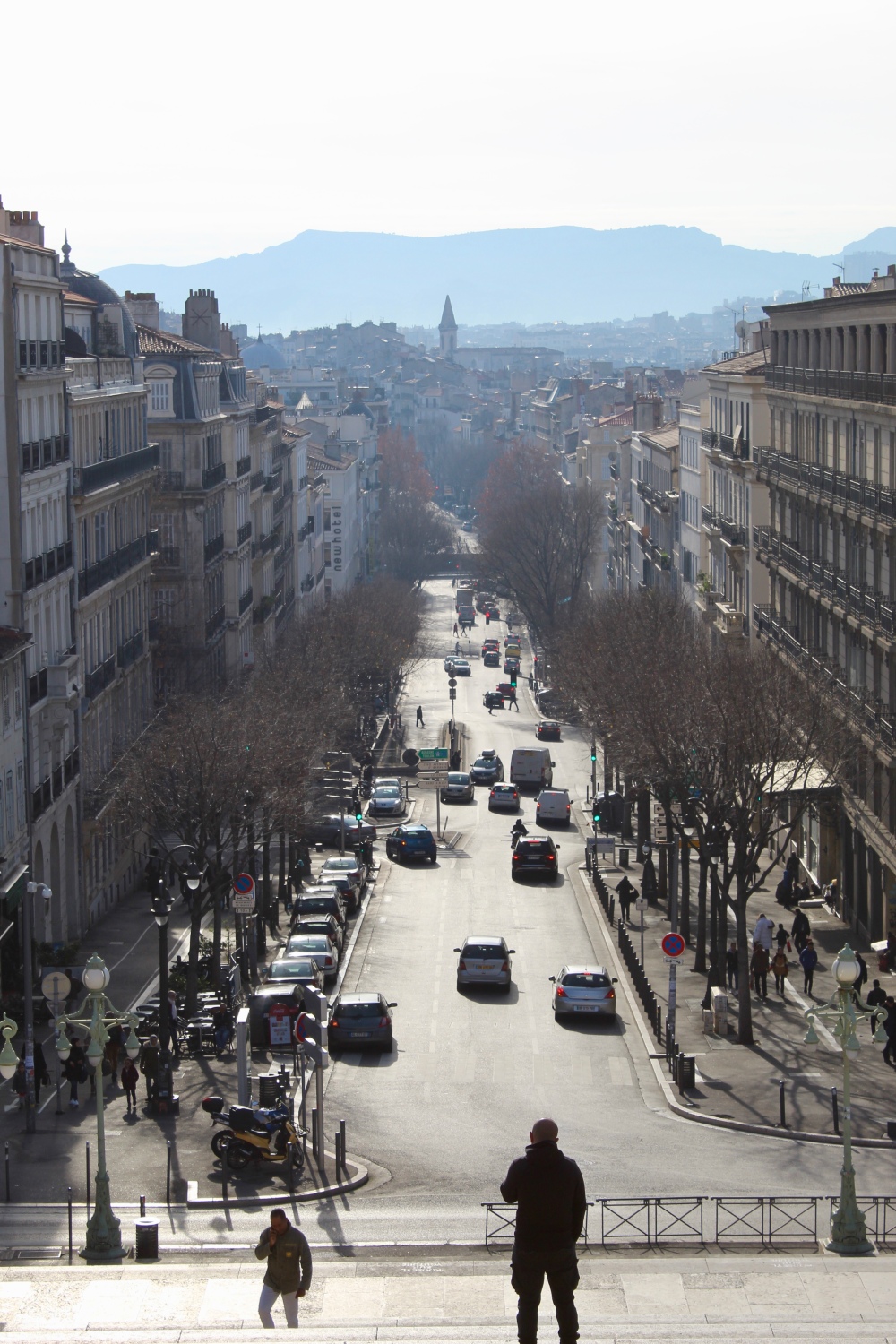 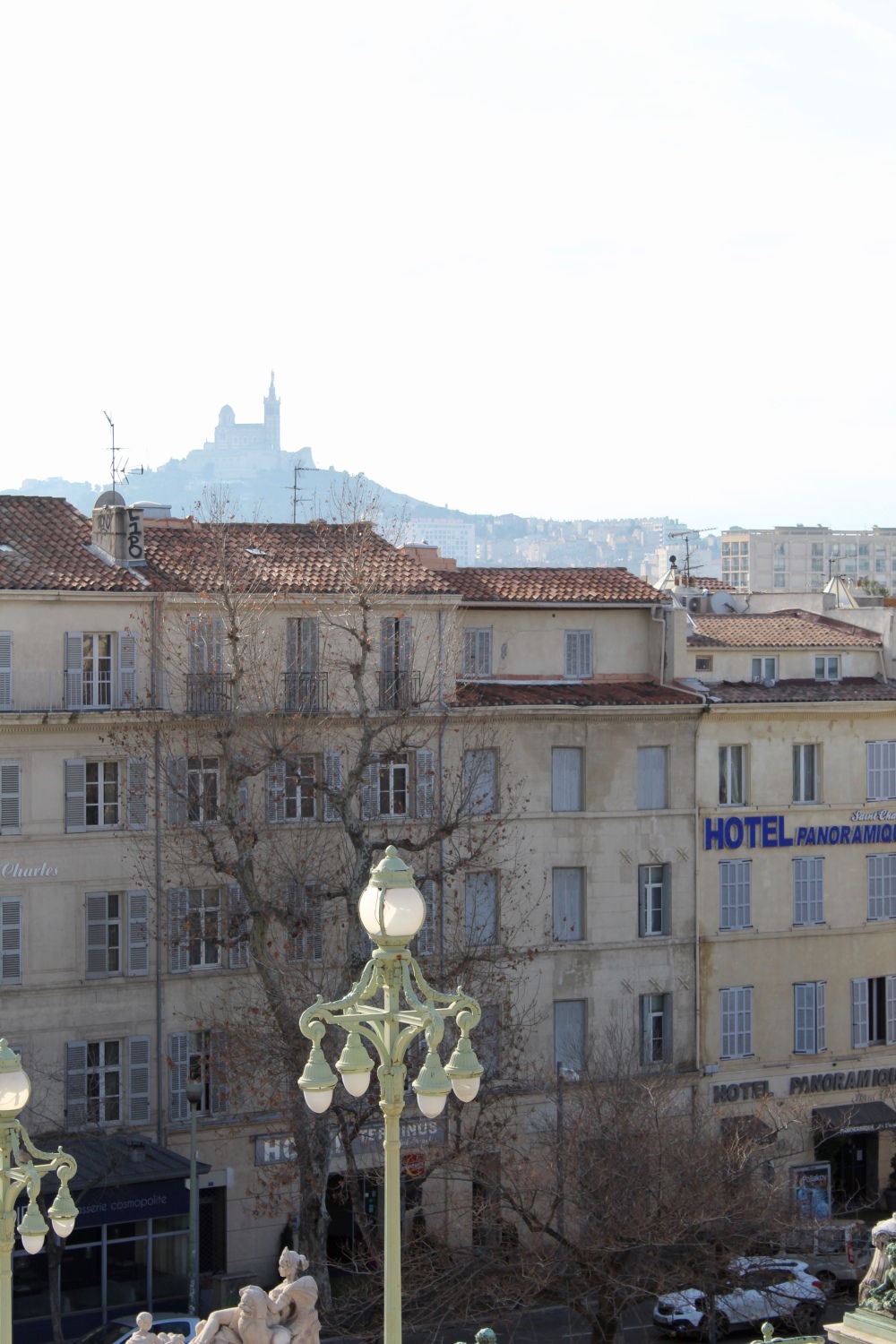 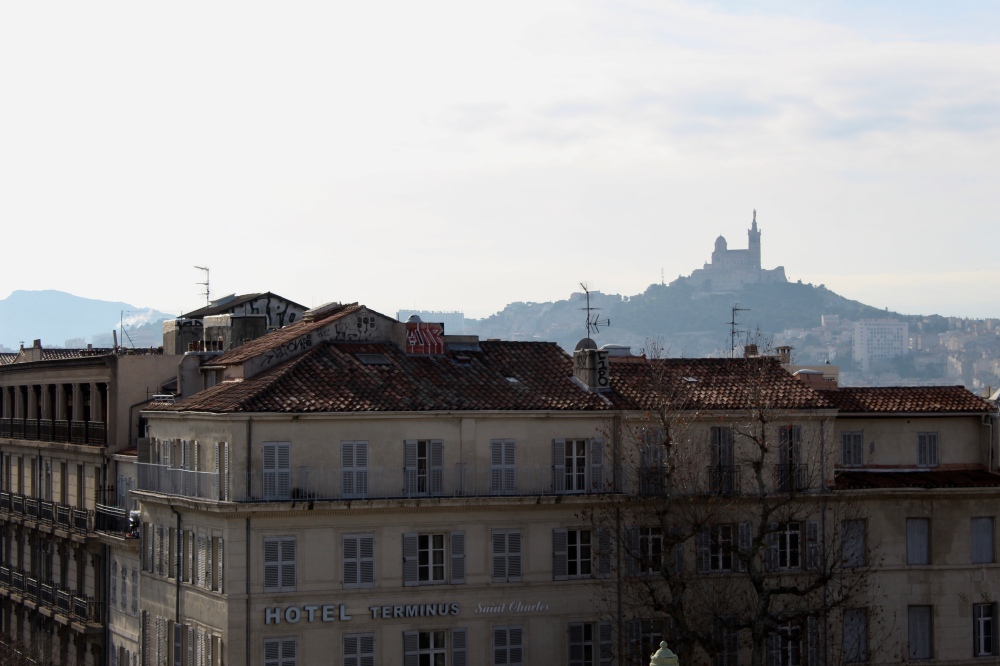 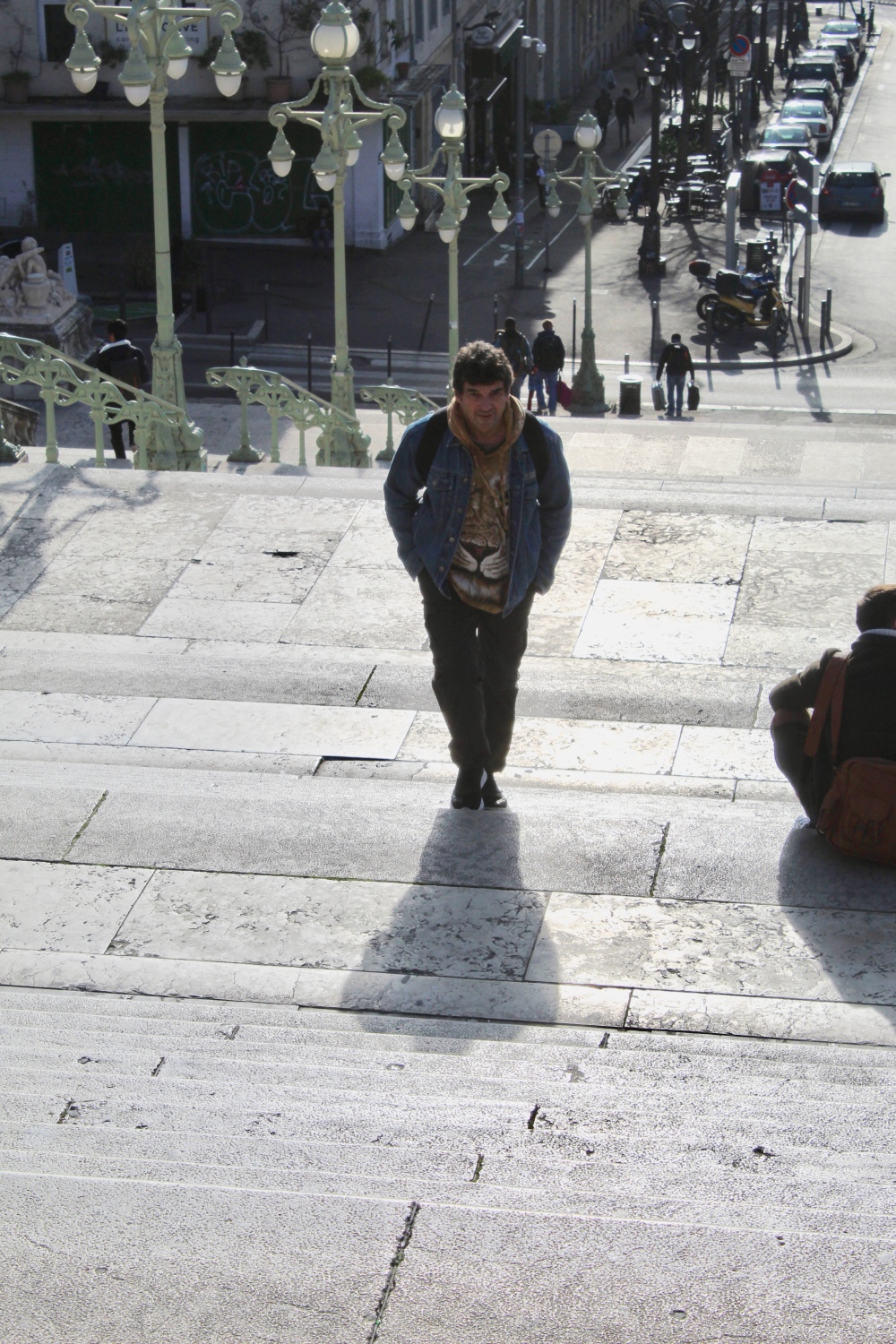