I’m a bit ahead of myself with the blog title – but I wanted to foreshadow a little of what’s ahead for the next few days!!

Since departing from Doha on June 14th – I’ve flown in 9 airplanes to arrive at my destinations!!!   Michael only 8 airplanes – I’ve beaten him by one so far!   In Greece, we traveled Athens by foot or Metro train and taken a ferry to island hop.

Now here we are in Ontario, Canada! We’ve arrived in Toronto from Athens then flew north from Toronto to Timmins.  Michael was born in Timmins!

In Timmins, Samantha, Michael’s niece picked us up at the small airport to take us to visit her family!

An hour later, Michael and I were on an Ontario Northland bus (with WIFI!) on our way to Kapuskasing, where in his youth, Michael’s family used to live and his brother Joel and wife Dana now live.

Joel and Dana picked us up in the 1957 Chevrolet Bel Air! 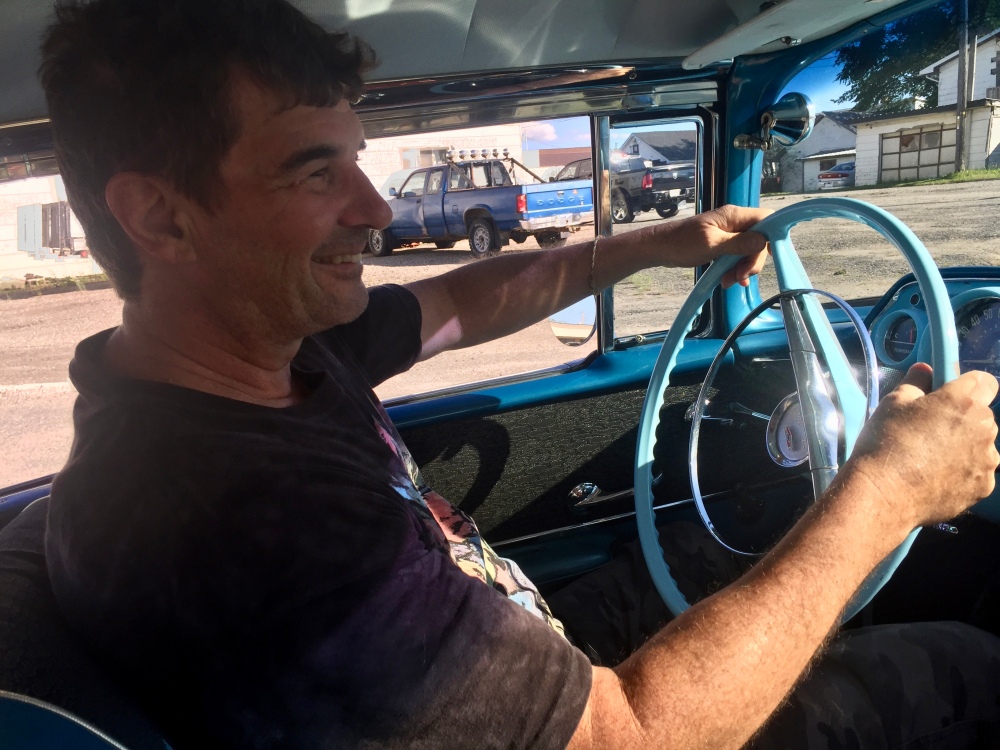 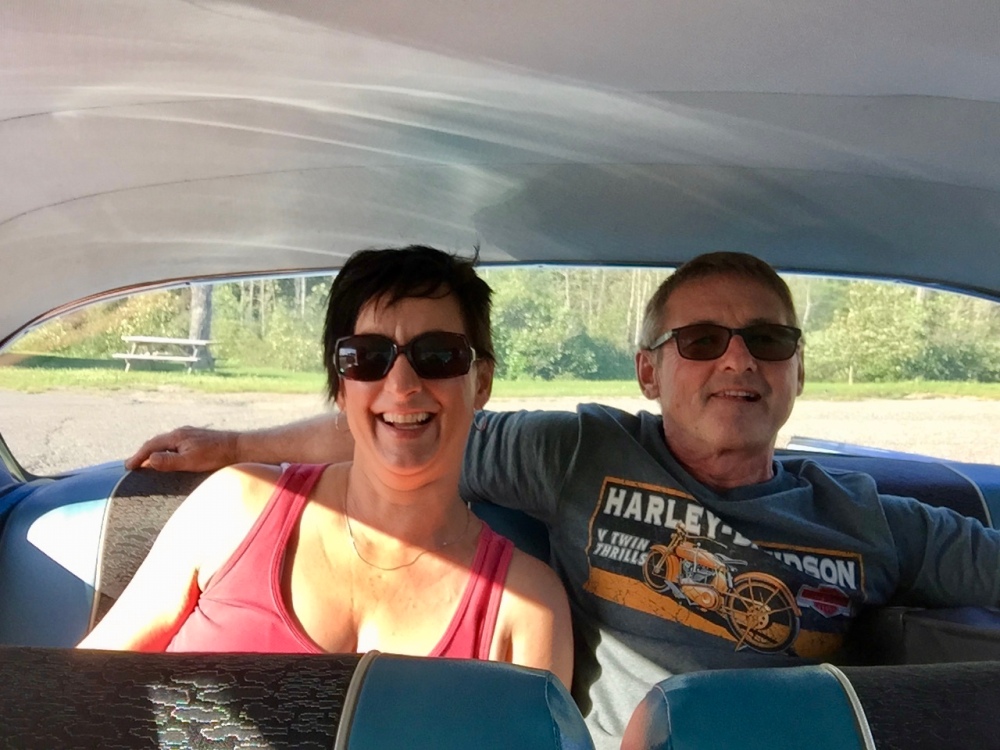 Here is their garage:

It was nice to finally meet my sister-in-law Dana!!  We connected immediately!!!

During Michael and I’s two night stay, Joel and Dana bought an incredible 5th Wheel Toy Hauler that has a garage in the back to store their bikes! This was a dream come true purchase for them as they can now travel in style!!!  Oh yeah!!!! 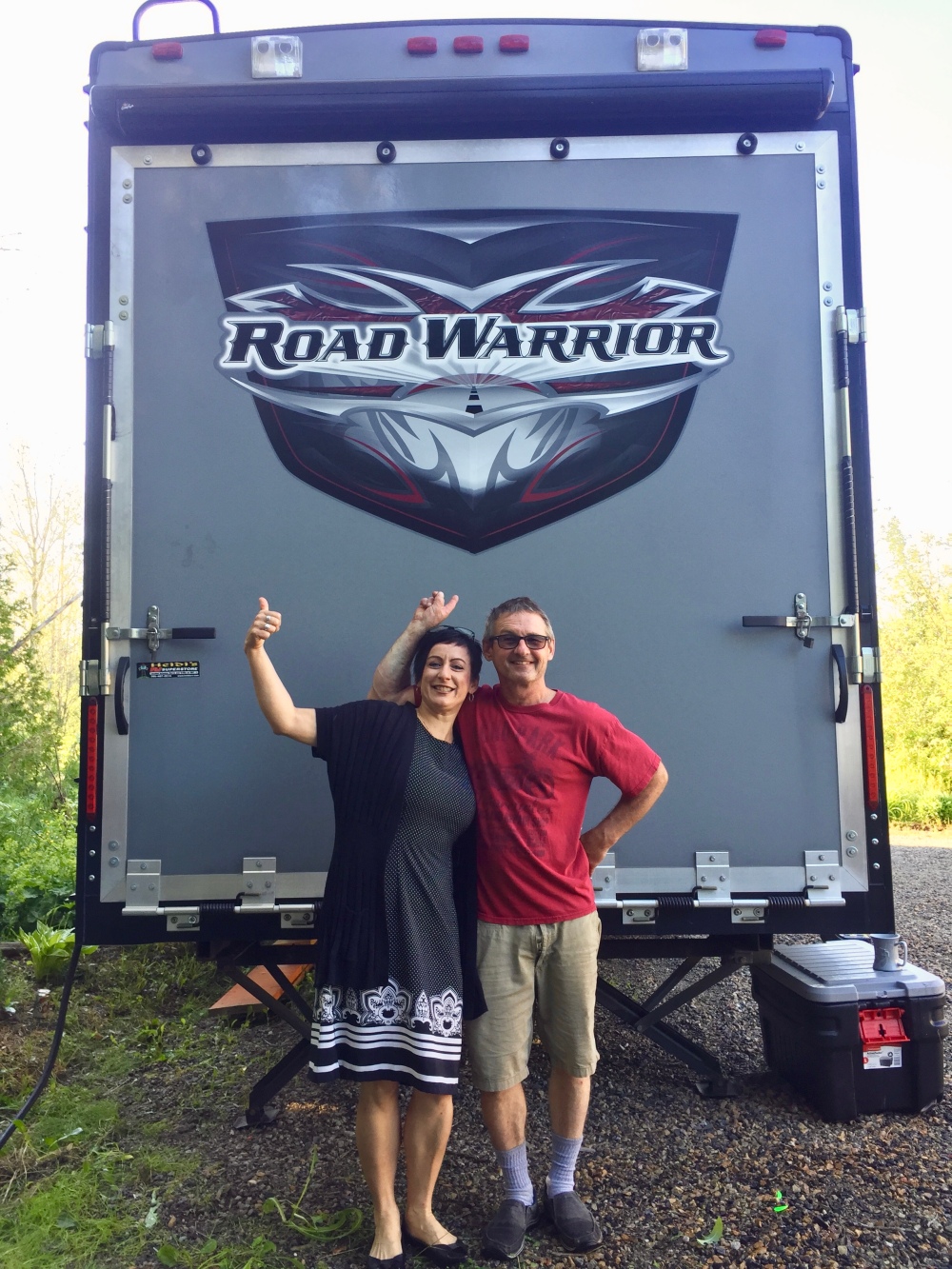 Breakfast the morning we were leaving on our way to Peterborough!

There was one more item to do before Joel drove us to Timmons Airport where we would pick up our rental car to travel to Peterborough and other Ontario locations….and that was to see Joel’s Harley Davidson Room….

Joel’s collection gets a blog on its own!