This morning I went to the 7:50am mass at the church I now know the name of: Ieros Naos Agiou Vasileiou, located just down the street.  As I settled in, I discretely tried to take pictures and capture a video.  I managed to capture three pictures and one video before I was greeted by the janitor I met yesterday, who eagerly introduced me to an older Greek woman name Elaina.  Elaina was a short, very round and soft, grandmotherly type woman who appeared like she was either going to yell at me in Greek or give me a ginormous hug that would swallow me in all her round and soft!!  I wasn’t sure! Elaina spoke perfect English and I soon realized Elaina would give me a big hug!

This Greek elder lived in Canada for many years before moving back to Greece.  I asked Elaina if I could take pictures during the mass…she slowly paused and grimaced while politely nodding yes, telling me when the time is right. 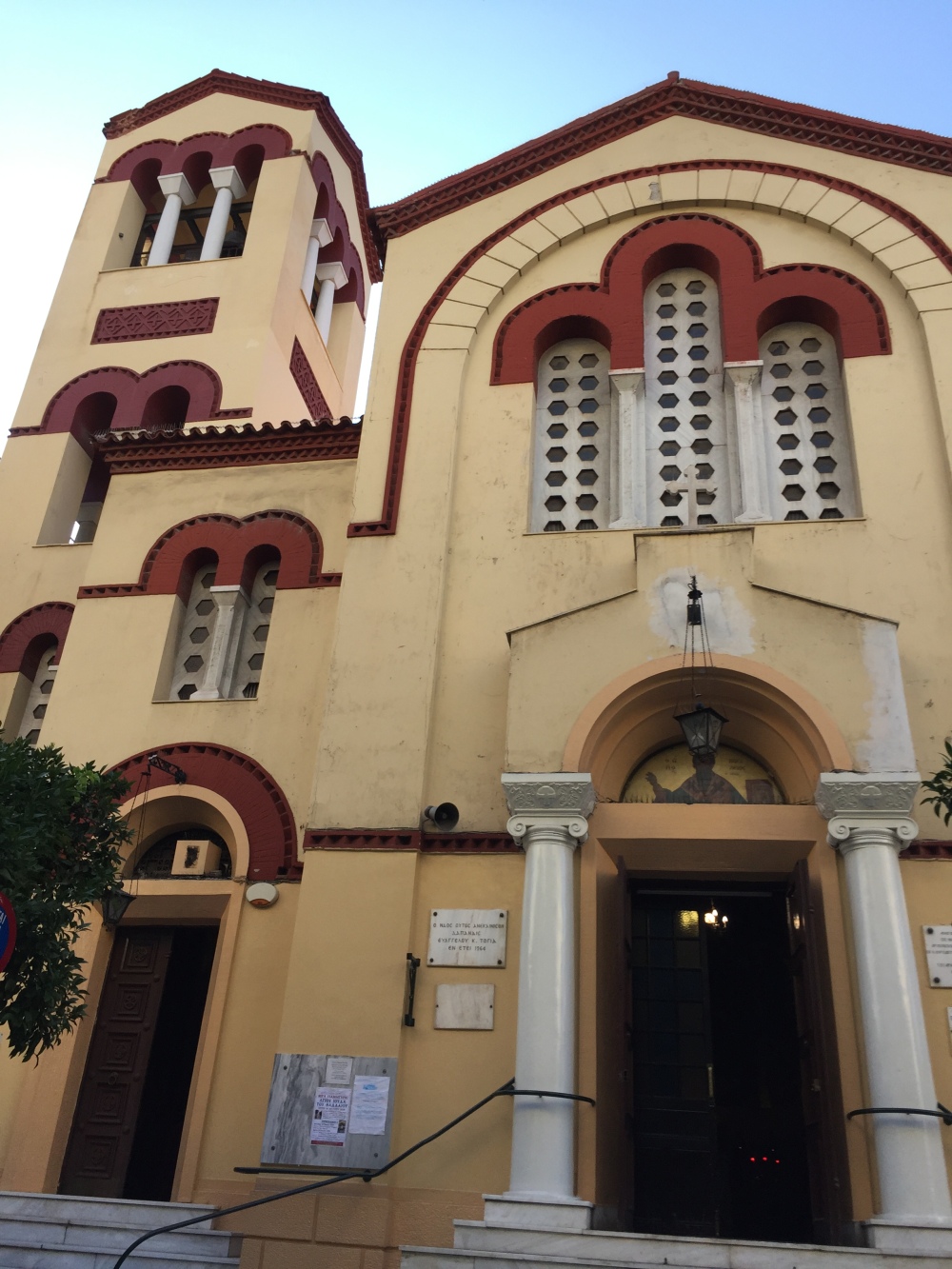 I sat next to Elaina and she gave me a play by play of what was happening during the mass and about the church.

Elaina explained that the men on each side of the hidden altar are chanters. You can listen in the video below.

This morning the door to the alter was opened as the clergymen prepared for mass.  Then the door is later closed as the altar is hidden from all and is a step up higher than the floor – because it is just meant bring those who are closer to God (clergymen) be closer to God – to then step back down to the earthly plane.   Complex and difficult to explain.

A clergyman, who I think is the Bishop before he is dressed in his robes, exited the hidden altar holding what I think is a bible? He walked down the steps and held the bible while those attending mass walked up and kissed it.  I did that as I thought I would be expected to.  He then takes the bible and places it in the holder at the entrance of the church.  It is there where I turned and watch him robed by the clergymen and it was then Elaina pointed out her son.  More on this below… 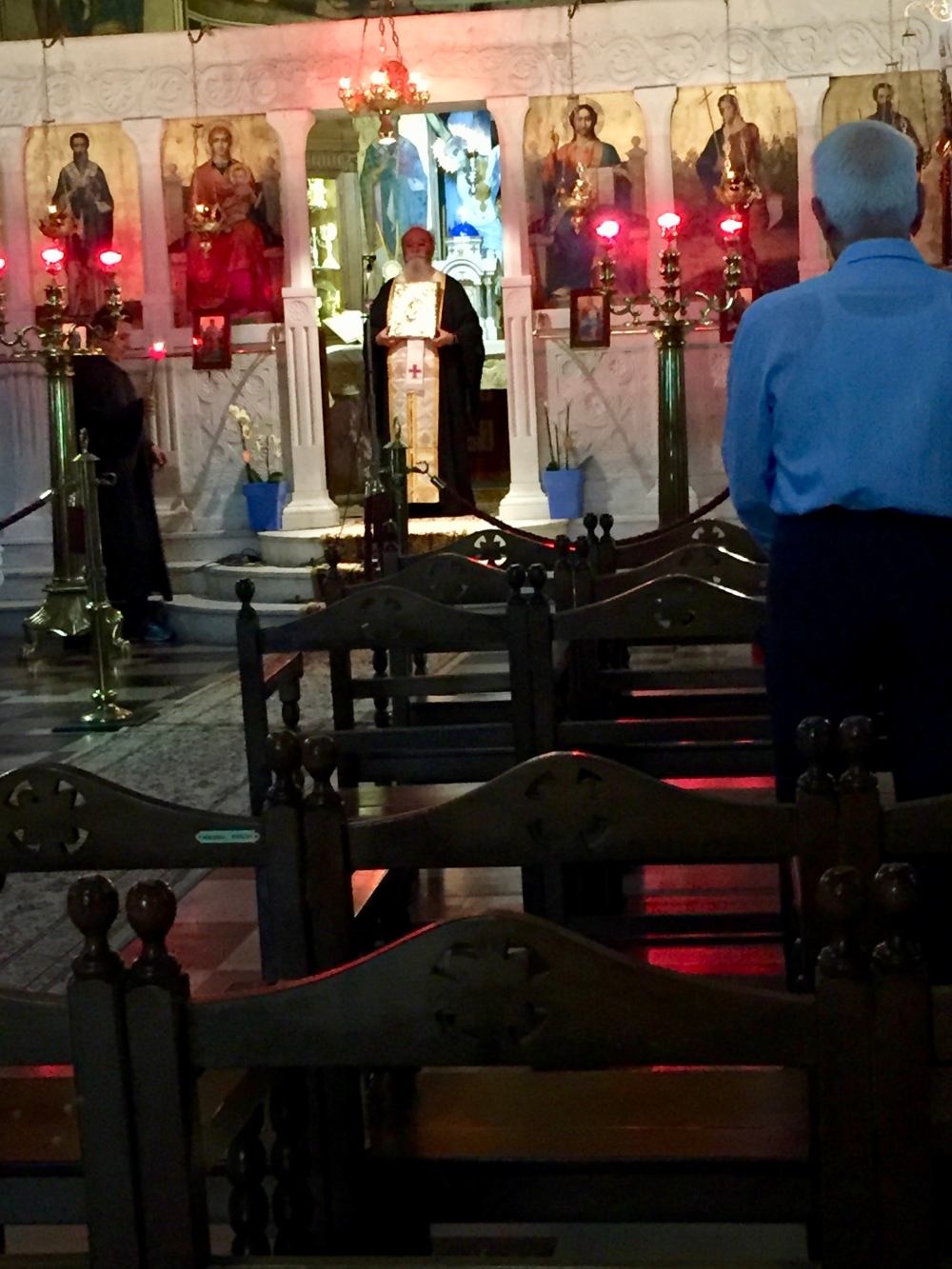 Today was my lucky day as the Bishop was visiting and part of the mass today. As he entered with other clergymen, Elaina proudly pointed to one of them telling me that he is her son, a monk she called him.  I SO wanted to take pictures but didn’t dare!!!

What was remarkable, to me, was how those attending the mass walked about during the mass to either stop at an Icon, kneel to touch the floor before it as a sign of humility then kiss the glass protecting it – or – approach the Bishop at his throne to kiss his hand. His throne is pictured below, is white, on the right (Bishop is not in the picture – just showing the throne).

The Icons are the paintings of the Saints hanging throughout the church. Below you can see an Icon of the Virgin Mary holding Baby Jesus. 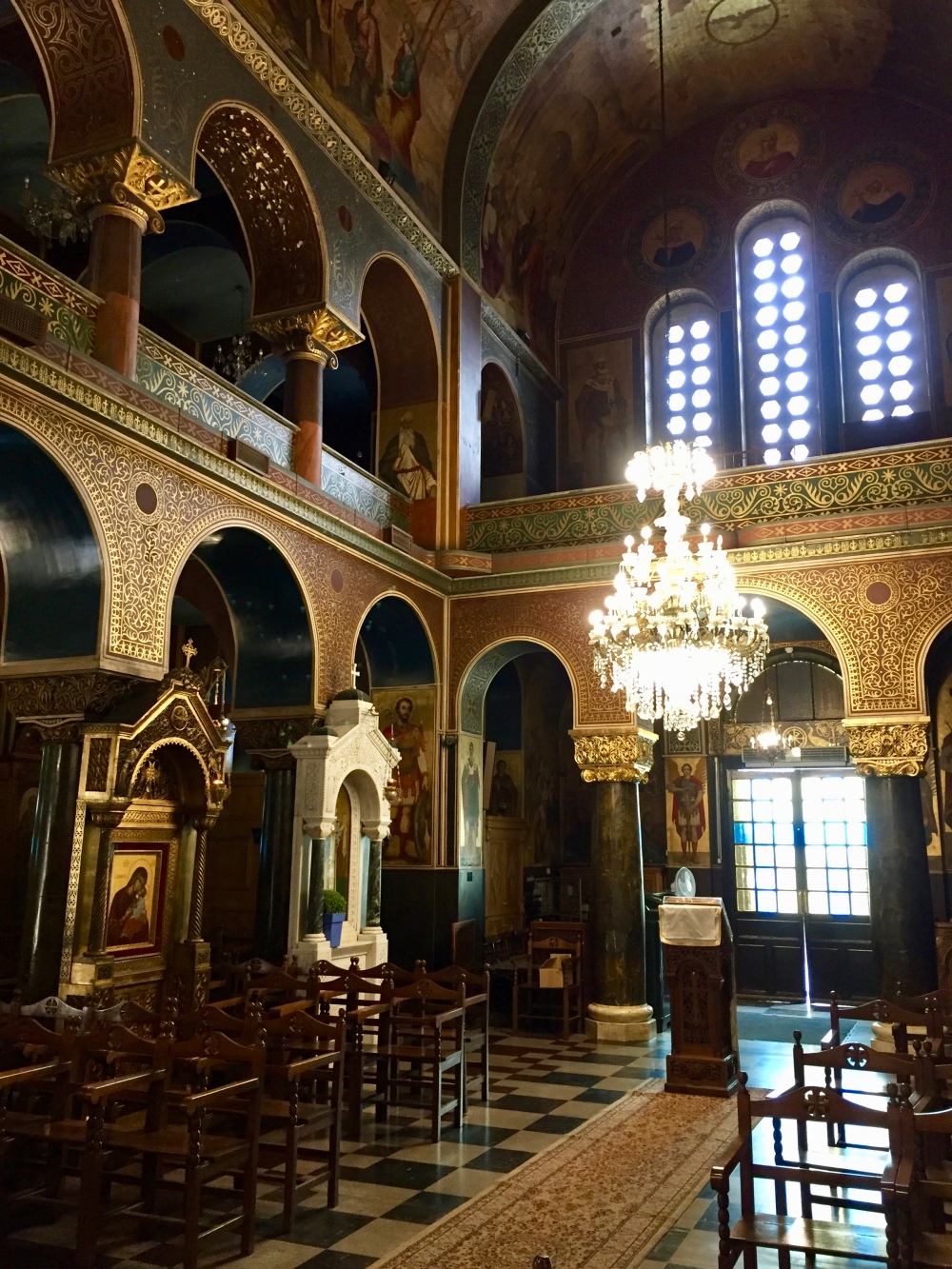 Candles that hang in front of the Icons burn oil and are meant for the Saints to have mercy on us as we pray to them. 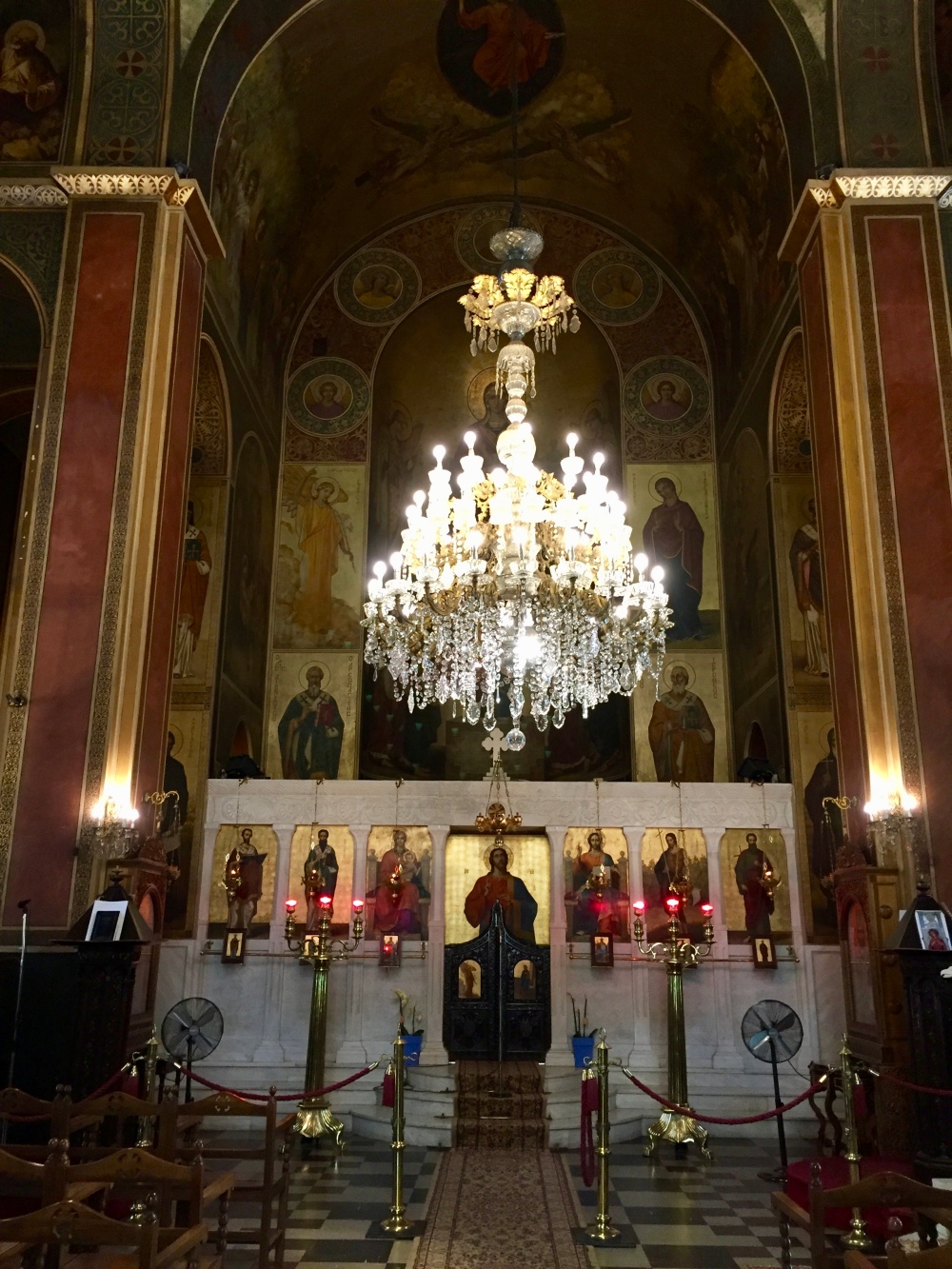 Elaina informed me the mass is a long one…. 3 hours long!  Noticing that people seemed to be coming and going, I asked if it was okay to leave early?  Yes, it was.  I left.  Attending the mass was a unique experience.  Meeting Elaina a bonus!