Bay Mare, as she is affectionately called, is one of the old girls at the stables.  A good horse to ride, I’m told as I’m led to an arena to trot her out and get a feel for her.  But I was startled to find this old mare was full of energy because she hadn’t been ridden all day and ready to go!  She freaked me out as I tried to keep her in a walk…..but it was my fault because I had my legs too far back, sending her mixed messages as I pulled back on her reins – that I had too tight.

With Peggy’s guidance, I had to relax….loosen the reins, put my legs forward and talk to Bay Mare!

Who is Peggy?  I don’t know her title exactly, but to me she is the general manager of the equestrian centre.  She runs the show!

Peggy walked us once around the perimeter of the main stable. Then Bay Mare and I were off to continue our walks round and round the perimeter of the stable!  Eventually, I found the courage to walk down along a dirt path.  Peggy drove by and suggested we walk all the way down the path, along the wall at the end of it and back up to the stable.  As well, we could go see the oryxes!

Bay Mare was cheeky every step of the way!!!  She wanted full tilt and I wasn’t confident enough or skilled enough to give her that, so I tried to compromise with lots of (boring to her I’m sure of it!!) walking and a few moments of trotting. But trotting was difficult for me to control because she had a lot of power for an old mare!!!!  But what a learning opportunity for me to be able to ride her!!  I would try to slow her down by making her turn, but coming out of the turn, she thought, was an opportunity to speed up!

I spoke to Bay Mare during our entire ride!  I laughed with her, grumbled at her, but mostly negotiated with her as I tried to be boss!!!  I think she was laughing at me!! 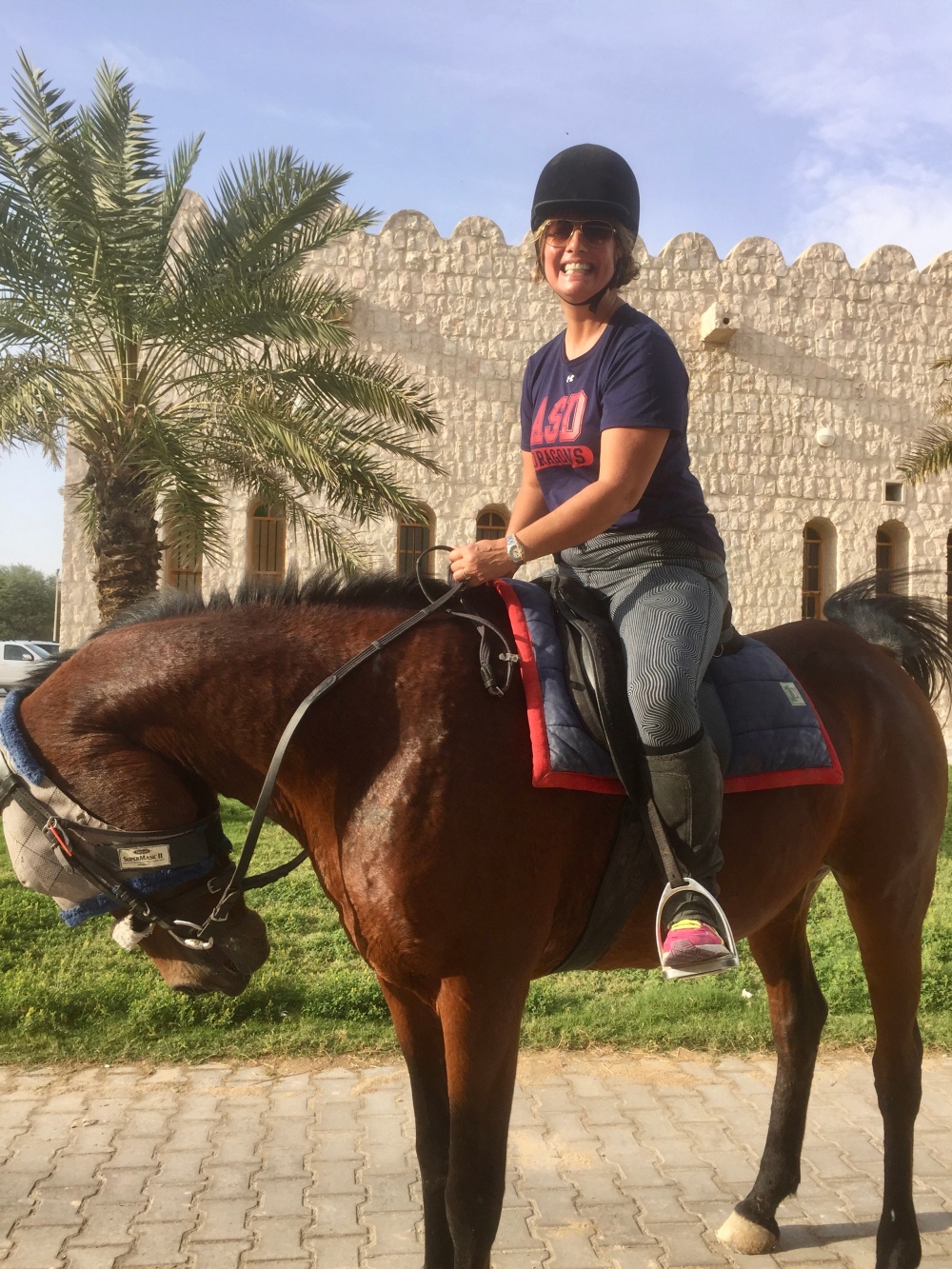 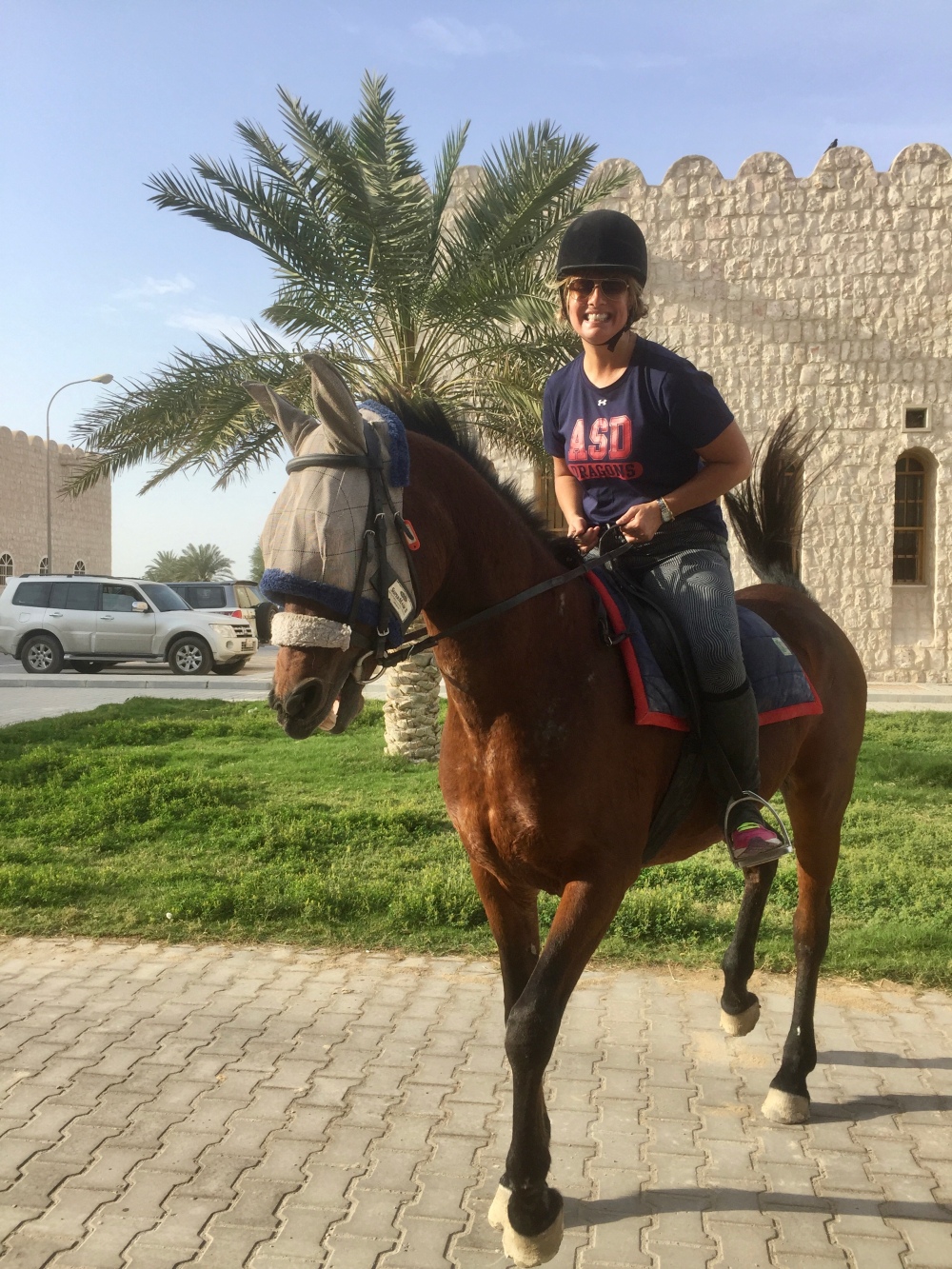 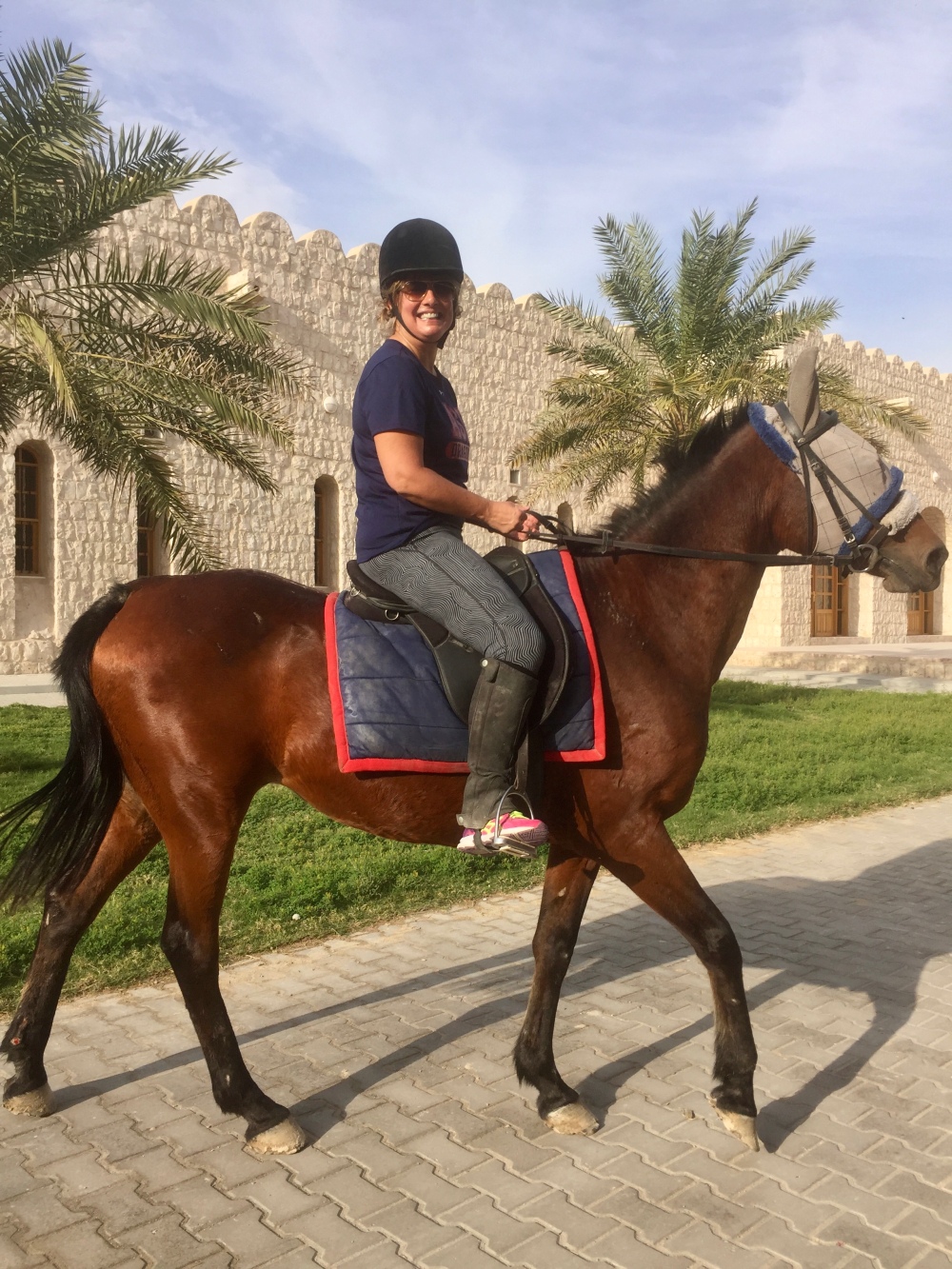 When we went to see the oryxes, she would not stand still!!  I had to walk her directly to the fence.  The fence making her stop.  Then she decided she wanted to leave…..as I was videoing!!!!

If you’re wondering why she has a mask on…..she’s wearing a fly mask because she’s sensitive to flies.  Which there are a lot of here now!

I love this stable!!  I love every moment with the horses!!!!!