On our last full day in Newfoundland we went for a hike!

We started off at South Side Hills off the Blackhead Rd.  This continual descent brought us to Freshwater Bay where we continued up and along the coastline to the amazing point called Kelby Cove where we stopped for about an hour.  We continued on to Sleepy Cove and then to Peggy’s Leg.  We decided at Peggy’s Leg to turn around as we were 2 hours in and the only way back to the truck was where we started!!

As we rested at Kelby Cove we watched a whale make his way around the bay.  I have 3 pictures!  I am proud of these pictures as my camera is by no means a professional one and I had snapped the picture at just the right moment!!  Yes, the whale is just a grey speck, but hey!!  We saw a whale!!  LoL!!!! 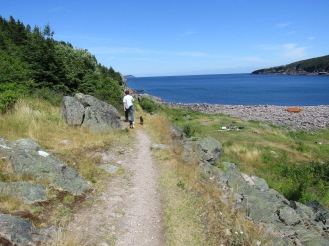 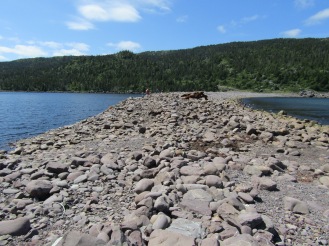 The divide between Freshwater Bay and the ocean 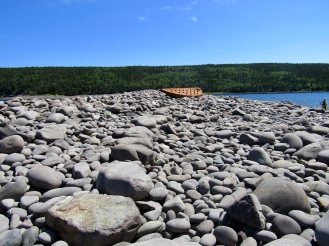 Manmade walkway across the divide 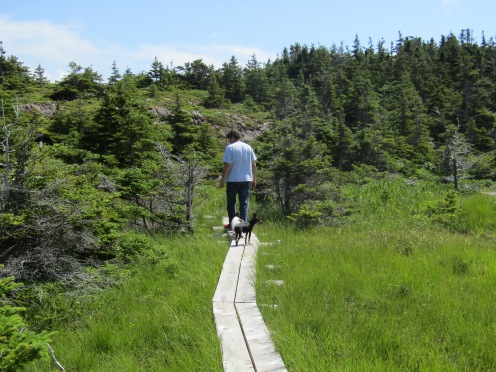 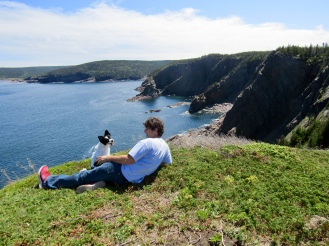 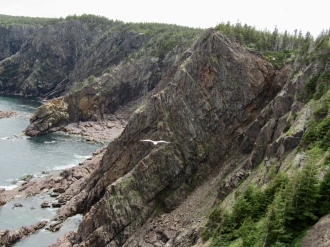 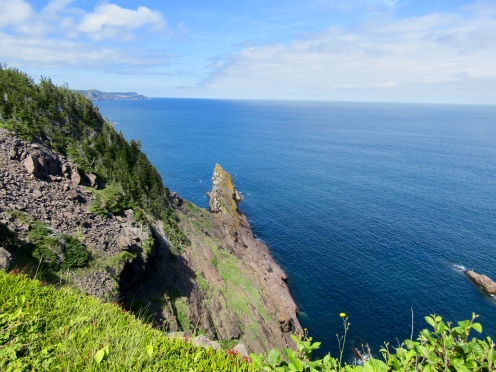 Either a Ketch or a Yawl makes its way into St. John’s Harbour 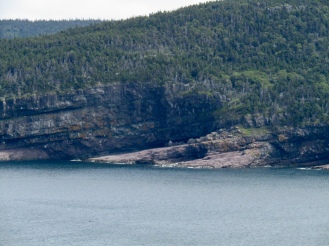