This was a recommended go-see by a local. Mainly to try the Iceberg beer and attend the famous kitchen party (he said they serve free fish & chips there!) at the Quidi Vidi Brewery.  We did neither!  LoL!!  We arrived too late for a brewery tour and the kitchen party was on another night!

We had a quick look at the Quidi Vidi Brewery.  There wasn’t much to see if not on a tour but the reception area was nice! There was a bright red fish & chips canteen – but we had our fill of battered and deep fried fish.  Next we stopped at the local artisan centre called the Quidi Vidi Village Plantation to check out the local crafts.  It was beautiful – but seemed a bit overpriced.  $48.00 plus tax for a silk-screen t-shirt with an artistically rendered whale on it.  My favorite memory of Quidi Vidi is the actual village itself – tucked away in a little cove off of the Quidi Vidi Harbour.  Oh…..and the local who told us to visit Quidi Viti also told us how to pronounce the name….you say, “Kitty Vitti” because that is how most around here say it!! 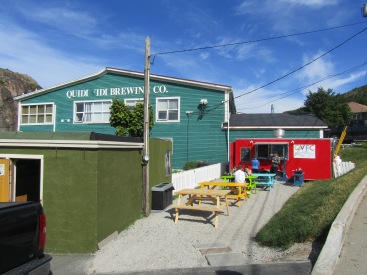 View of Quidi Vidi from the brewery 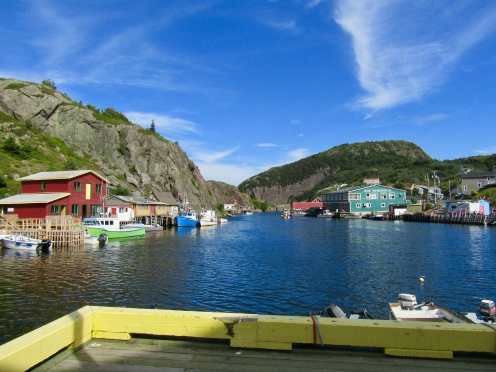