Another day of rain!!

We were part of a 3 hour guided tour of the Louvre.  Our tour was in the oldest section of the museum.

We started off looking at a portrait that was over 2000 years old called “Portrait of a Young Woman”. This portrait was a starting point to explain 2000 years ago artists knew how to create a realistic portrait.  Our tour would include exploring the evolution of portraits.

We were shown some of the most celebrated and famous pieces of art in the world.  Works by da Vinci, Michelangelo, Rafael, and David to name a few.  Each portrait or sculpture had a detailed story and history.  Aphrodite, known as the “Venus de Milo” is an original greek statue that is over 2000 years old dating back  between 130 and 100 BC. Nike of Samothrace, known as the “Winged Victory of Samothrace”, dates back to 200-190 BC. The story of da Vinci’s “Mona Lisa” has many interesting details – what made the portrait famous was that the portrait was stolen by a worker and later returned, no one really knows who she is – her identity is speculation, and on his death bed da Vinci admitted his Mona Lisa was his favourite of all his paintings.  Napoleon stole the painting of “The Wedding at Cana” from Italy.  In this painting,  it captures the exact moment when Jesus is performing the miracle of turning water to wine.

The last stop of the tour was in the oldest room in the Louvre at 500 years old.  This room is where all kings and queens who lived in the grand palace over the centuries, danced.  The statue of “Diana of Versailles”, is in this room. 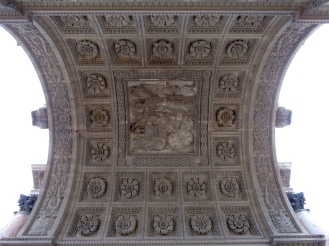 Arch in the Carrousel 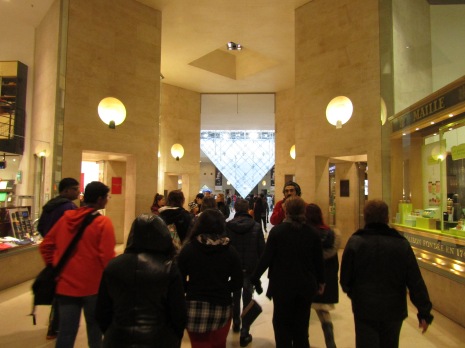 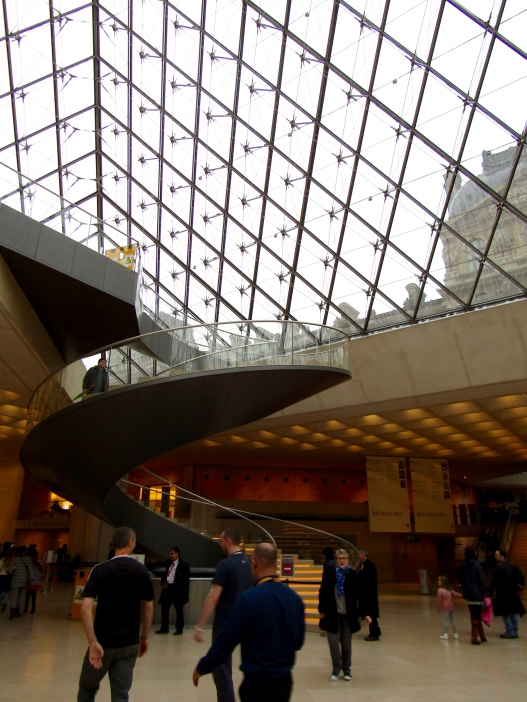 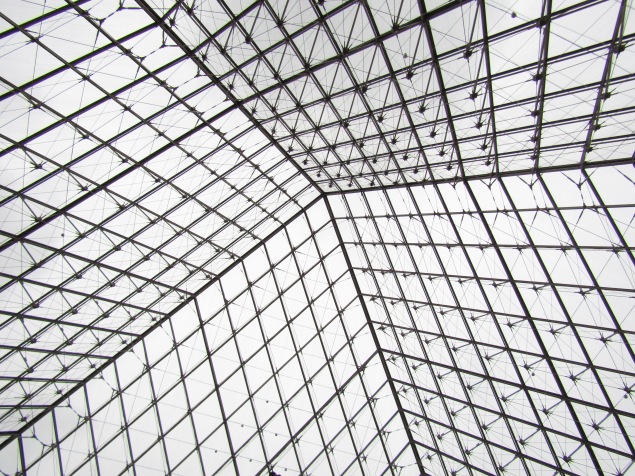 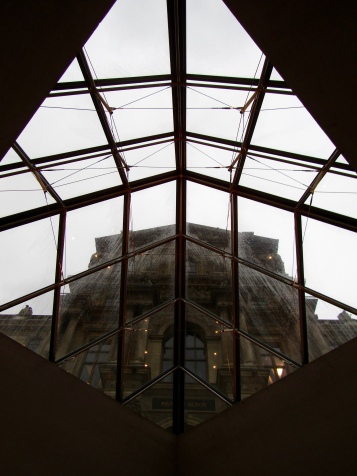 Looking up at the smaller pyramid.

Portrait of a Young Woman – 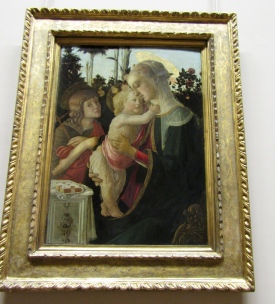 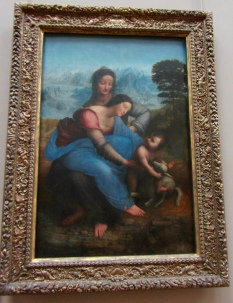 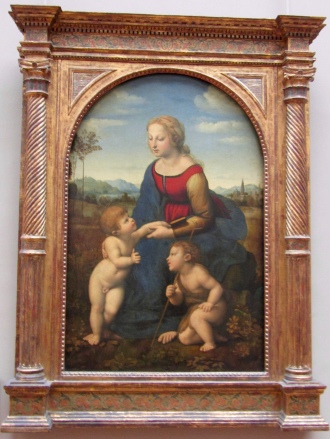 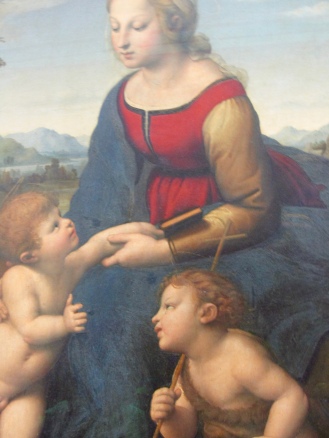 My very first look at the Mona Lisa!!

Paolo Caliari, known as Paolo Veronese – The Wedding at Cana – 1563. Jesus has that look on his face because at that moment he is performing the miracle of turning water into wine! 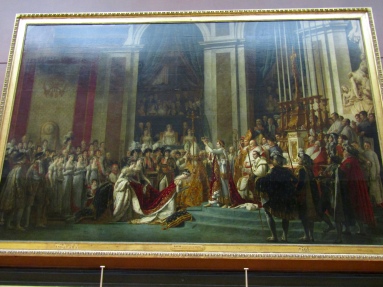 The little guy behind Napoleon, David put in in honour of Napoleon. That little guy is Julius Caesar. Napoleon was obsessed with Rome. 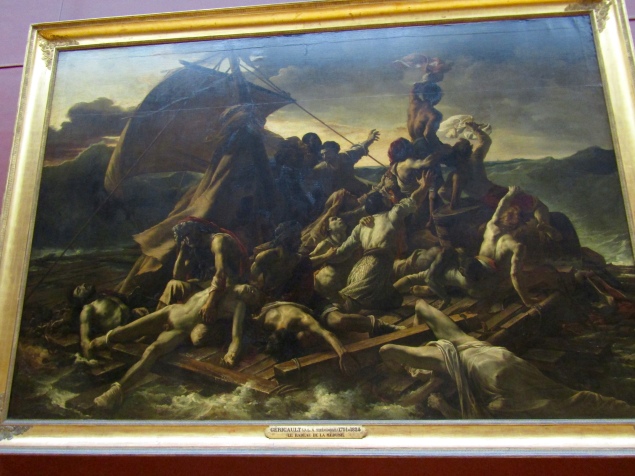 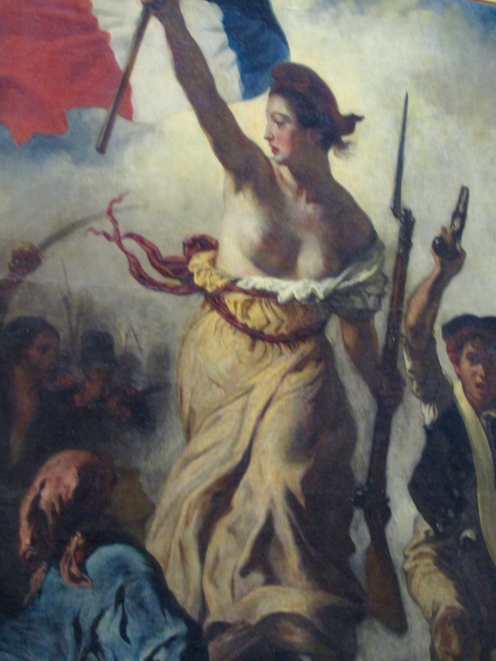 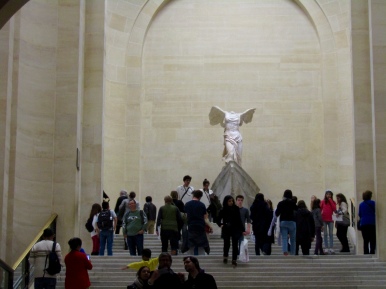 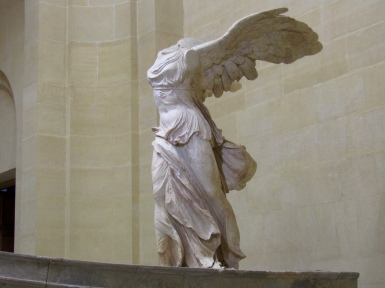 Close up of her face.

Back of Venus de Milo 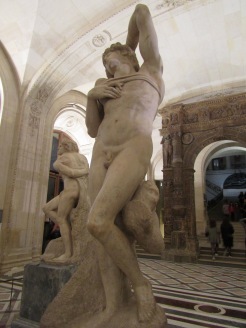 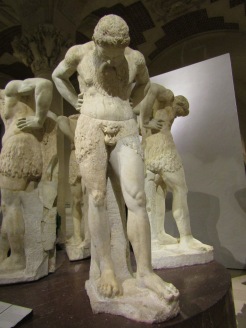 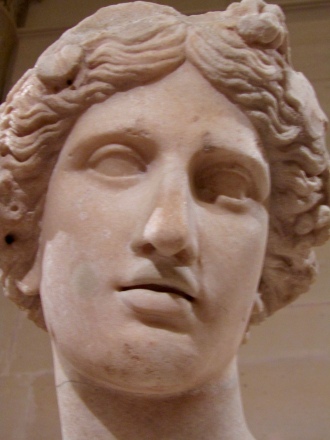 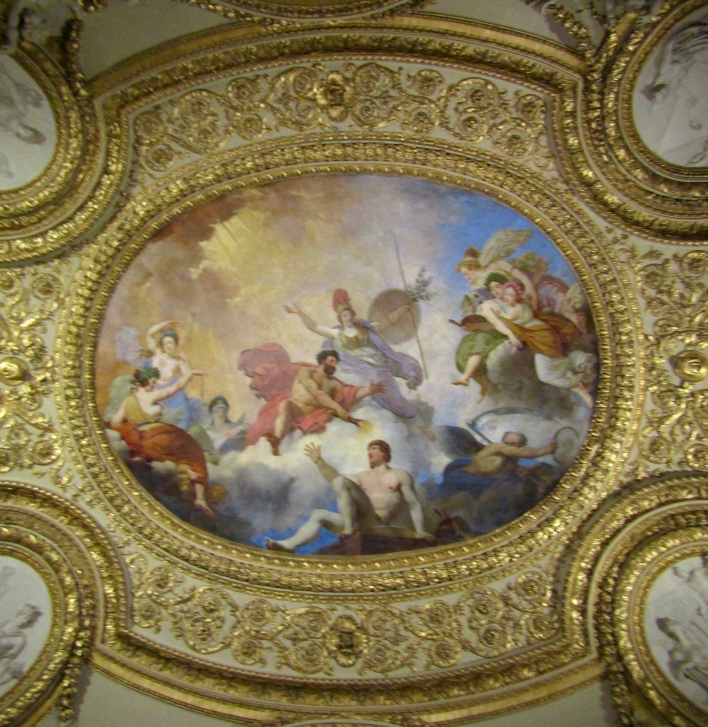 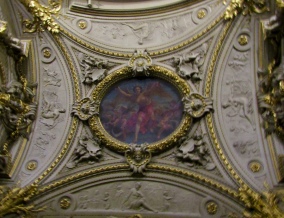 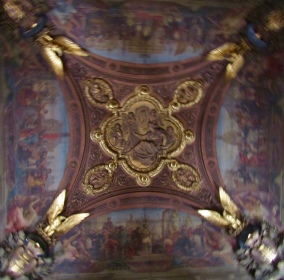 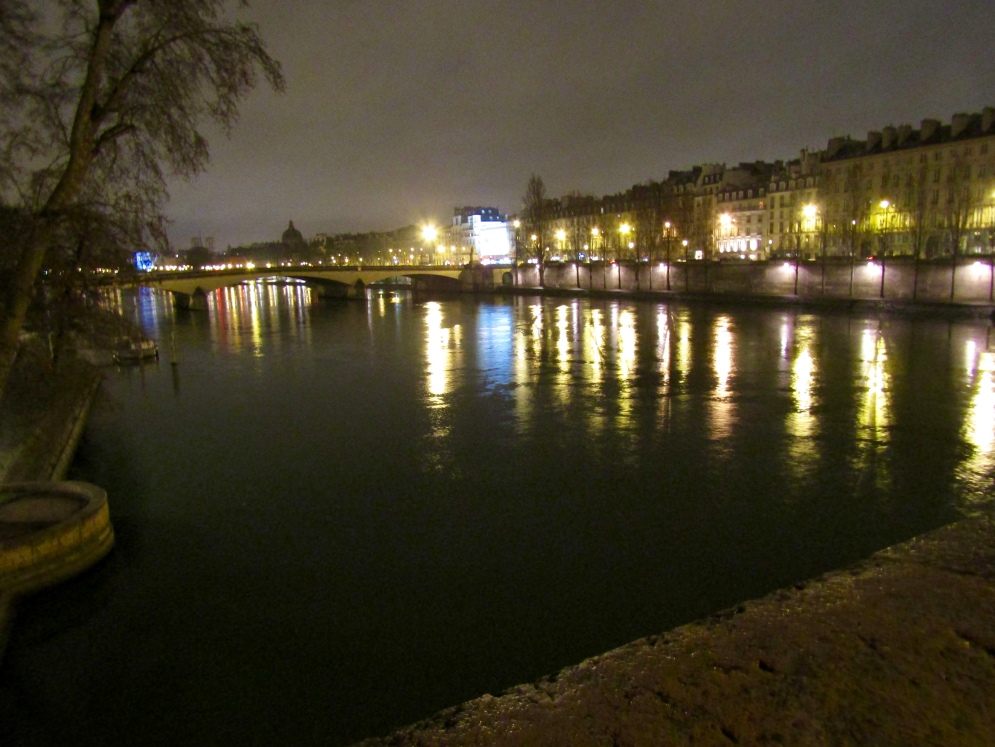 Walking home across the Seine!